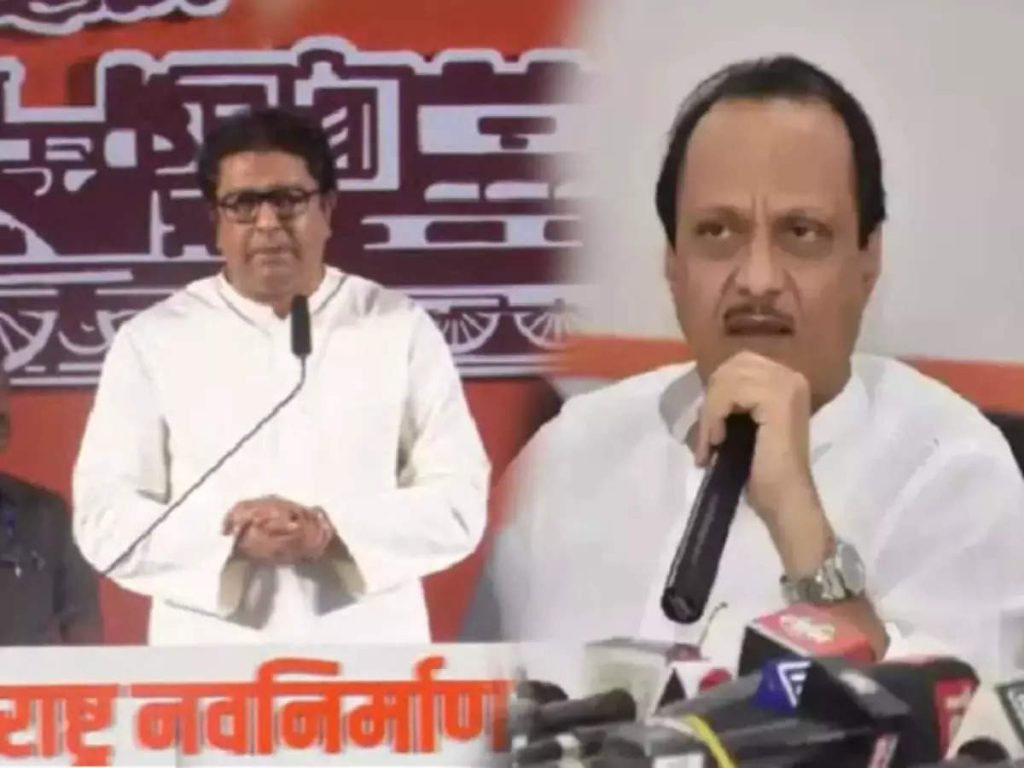 Sangli: Maharashtra Navnirman Sena president Raj Thackeray has written a letter to Chief Minister Uddhav Thackeray in which he said, ‘Don’t see the end of our tolerance. Power comes and goes, no one has come with the copper plate of power, Uddhav Thackeray, you too ‘, he has said. State Deputy Chief Minister Ajit Pawar has responded to Raj Thackeray’s stance. Everyone knows that no one has brought the copper plate of power. It is not true that some people give ultimatums, this is not a dictatorial state, this is a democratic state. Ajit Pawar has told Raj Thackeray that the police will take action if his statements create tension in the society.

He was speaking on the occasion of the inaugural function of the 24th National Volleyball Championship held at Islampur. Unfortunately, some people are working to create a rift between castes in the state, alleged Deputy Chief Minister Ajit Pawar. Ajit Pawar has also claimed that going to Ayodhya is a form of greed for publicity and fame and it is available at low cost. Targeting Raj Thackeray, Pawar said that no one can use the language of ultimatum, it is not dictatorship, it is democracy. “Everyone has the right to vote, but if there is going to be a rift between the two castes, then the police department has the authority to take action against us, even if I am the person,” Pawar said.

Congress state president Nana Patole has accused the NCP of stabbing Bhandara Zilla Parishad president and vice president in the election. When asked about this, Pawar said, “I don’t know what exactly happened in Bhandara, what exactly Nana Patole said.” But tomorrow I will go to Mumbai and get all the information about this. We will get information from our leader Praful Patel about what has happened. But at the state level, they take decisions from Sharad Pawar, Sonia Gandhi and Uddhav Thackeray, and at the district level, local leaders. In the last Nagar Panchayat elections, we tried to be the president and vice-president of the Congress, NCP and Shiv Sena alliance at the state level. But in many places different decisions were made at the local level due to local politics. Deputy Chief Minister Ajit Pawar said that it is our role to prevent this from happening.