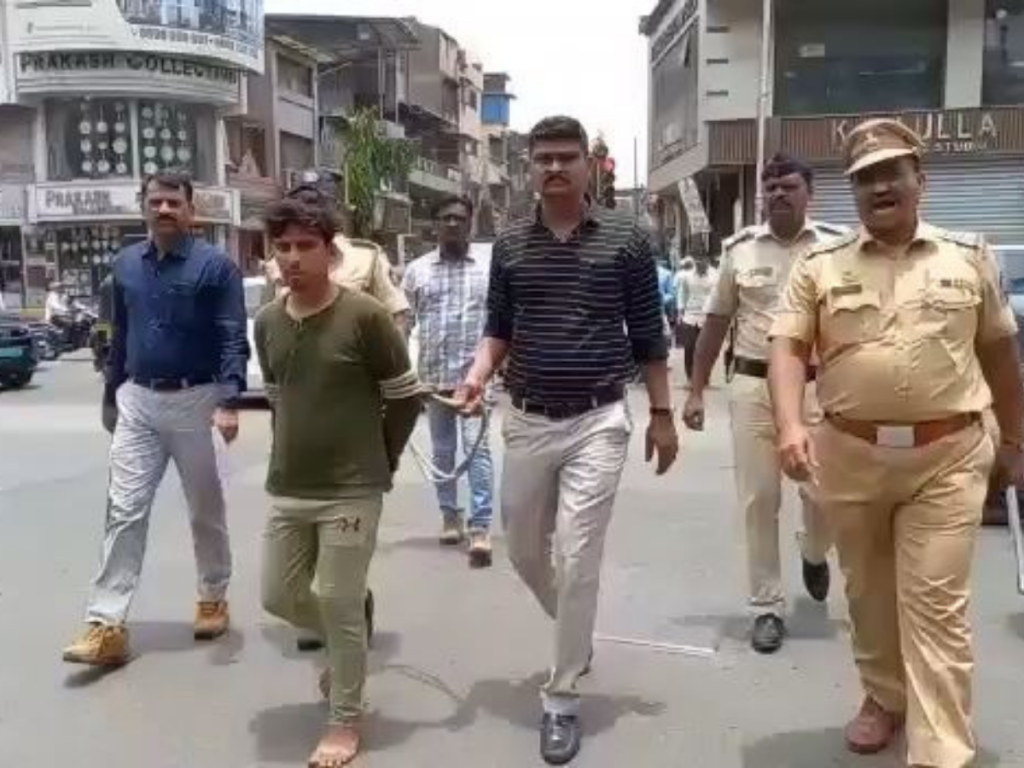 Ulhasnagar: Central police have nabbed a thief who broke into a mobile shop in Ulhasnagar and stole Apple phone worth Rs 18 lakh. It has now come to light that the same thief broke into a clothing store a few days before the burglary and stole branded clothes and shoes. He has been charged with another count of theft.

A burglar broke into the Sound of Music shop in Ulhasnagar on Sunday morning, May 8. He had stolen Apple phone worth Rs 18 lakh 72 thousand from the shop. In this case, the police had handcuffed the thief Mohammad Feroz Naeem Ahmed and confiscated all his belongings within a few hours. Later, during his interrogation, he informed that he had stolen clothes from a clothing store a few days before the theft. According to the police, during the investigation, it was found that the thief had hit a big hand in a shop called ‘Akki’ on Station Road in Camp 3, Ulhasnagar.

He stole 22 branded T-shirts, 4 pants, 3 shorts and branded shoes from the shop. Therefore, another case of theft was registered against him under IPC 380, 454, 457. The thief is currently in the custody of the Central Police and will be taken into police custody for stealing his clothes once the police custody in the mobile theft case is over, said Madhukar Kad, Senior Inspector of Police, Central Police Station.