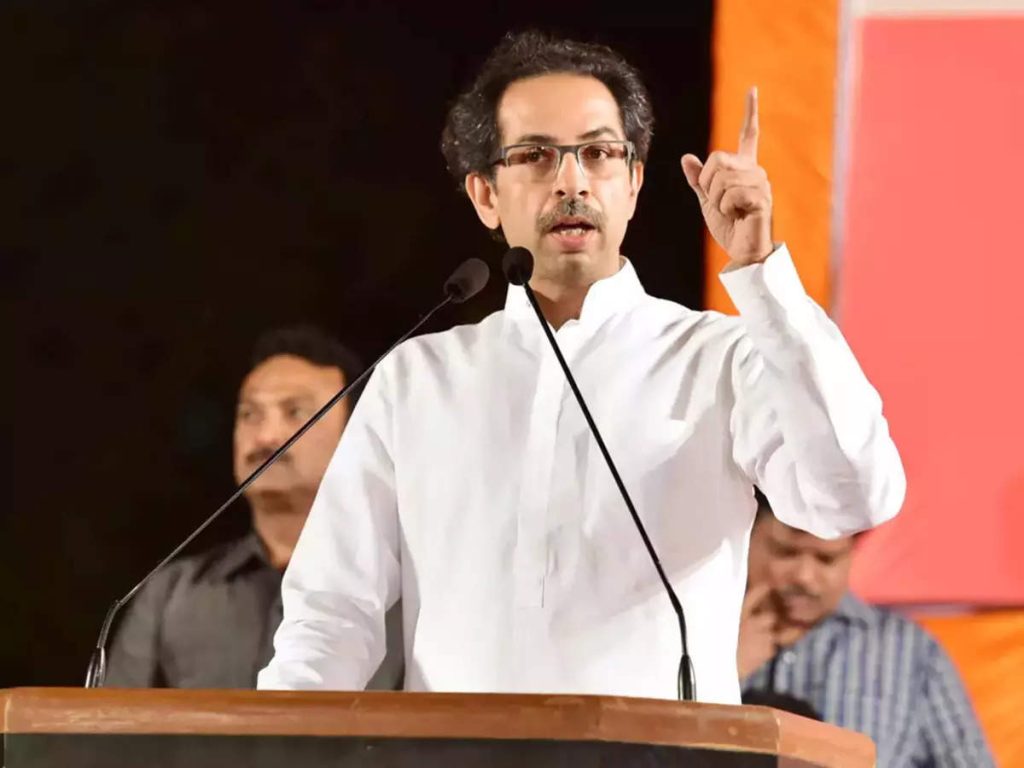 Kolhapur: Attempts were made to make a fake Hindu heart emperor in India, but the people rejected it, in such words Chief Minister Uddhav Thackeray targeted BJP. He also reiterated that only Shiv Sena chief Balasaheb Thackeray is a Hindu-hearted emperor. (cm uddhav thackeray criticize bjp saying the people rejected the fake hindu hriday samrat)

Chief Minister Thackeray contacted Shiv Sainiks and leaders of Mahavikas Aghadi via video conference for the campaign of Jayashree Jadhav, Congress candidate for Mahavikas Aghadi in Kolhapur North Assembly constituency. At that time, he criticized the BJP and also took the news of the criticism of the Leader of the Opposition Devendra Fadnavis in the meeting.

From Rajarshi Shahu and Prabodhankar Thackeray, the Naal Thackeray has started in Kolhapur and the city of Kolhapur will remain a stronghold of Hindutva, said Chief Minister Thackeray. Shiv Sena has never given up Hindutva. On the contrary, he left Shiv Sena’s Hindutva. Even though BJP-Shiv Sena fought differently in the 2014 elections, Shiv Sena got 69,000 votes and BJP got 45,000 votes. Then when Shiv Sena-BJP alliance was formed in 2019 elections, why did Shiv Sena not get more than one lakh votes ?, he also asked BJP. You turned the hidden votes to the opposition. “We attack from the front, not from the back,” Thackeray said, adding that in the Kolhapur North Assembly by-elections, voters would vote for the Shiv Sena Congress. Chief Minister Thackeray said, Mahavikas Aghadi is not of Lechipe, but the leaders and activists of our three parties are the children of Marathi mother. We have successfully led the experiment. Hardline Shiv Sainiks from Kolhapur will stay with the Congress. The impression of Hindutva will not be erased.

Your saffron is fake- CM

BJP’s fake veil is to be torn. Chhatrapati Shivaji Maharaj and the saint is the saffron. Your saffron is not real, it is fake, said Chief Minister Thackeray. While saffron is being trampled under Kannada atrocities in Karnataka, BJP is not saying anything. Even though there was not a single stain on the saffron in the border area, you took off the saffron by breaking the ward in the Belgaum Municipal Corporation election. He pointed out that BJP never goes down the border with saffron flag. If Chandrakant Patil should go and be born in Karnataka, then such a song in Karnataka insults the state and language of Maharashtra. He also warned us not to be proud of saffron.

BJP is not talking about inflation. Gave free wheat and rice to the poor and increased the price of gas. Thackeray asked them how to cook food. Criticize us for not reducing petrol price and claim Rs 25,000 crore for our right to GST. He also raised the question of whether you want to increase the price of petrol and diesel every day and we want to reduce it. The meeting was attended by MP Vinayak Raut, Minister of State for Home Affairs Satej Patil, MLA Jayant Asagaonkar, former MLA Maloji Raje, Shiv Sena liaison leader Arun Dudhwadkar, Shiv Sena district chief Sanjay Pawar, Vijay Devne, city chief Jaywant Harugale and Hershal Surve.