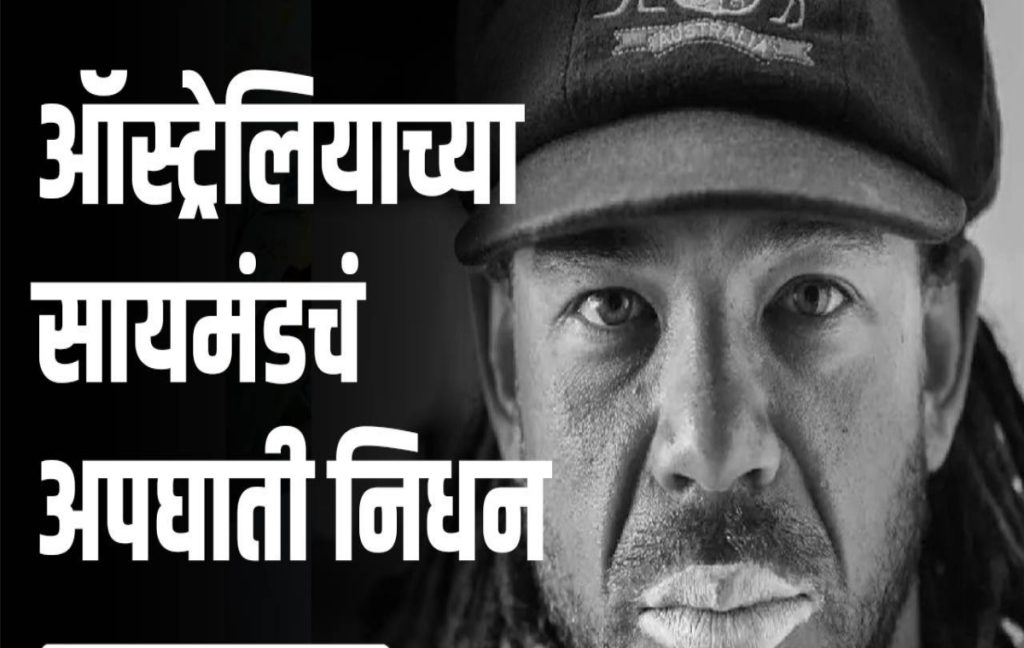 New Delhi Former Australian cricketer Andrew Symonds dies in car crash Symonds, 46, was involved in a car accident near Townsville, Queensland. Former Indian cricketer master blaster Sachin Tendulkar has paid tribute to Symonds via Twitter after his death. “The death of Andrew Symonds is shocking news for all of us,” he said. Not only was he a great all-rounder but he was also alive on the field. I remember the time we spent together at Mumbai Indians. Peace be upon his soul, condolences to his family and friends, said Tendulkar.

Andrew Symonds’ car crashed at 10.30pm on Saturday. Symonds was driving himself. Suddenly his car left the road and overturned. Emergency services arrived at the scene and tried to rescue Symonds. But he was injured. The forensic crash unit is investigating how the crash happened, Queensland Police said in a statement. His departure has provoked reactions from many former cricketers.

Symonds, who was fighting with Harbhajan on the field, was killed in a car accident

The world of cricket has been shaken by the accidental death of Andrew Symonds. Symonds was threatening to win the match in his stormy game. With his spin bowling, he has often taken Australia out of trouble. He also excelled in fielding. It’s impossible to forget Andrew Symonds, who plays with white lips. He is not with us today. Many do not believe this. The Australian Cricket Board is shocked by his departure.