Silence in Malegaon too, without the first sound of dawn | Mahaenews
BREAKING NEWS

Home English Silence in Malegaon too, without the first sound of dawn

Silence in Malegaon too, without the first sound of dawn 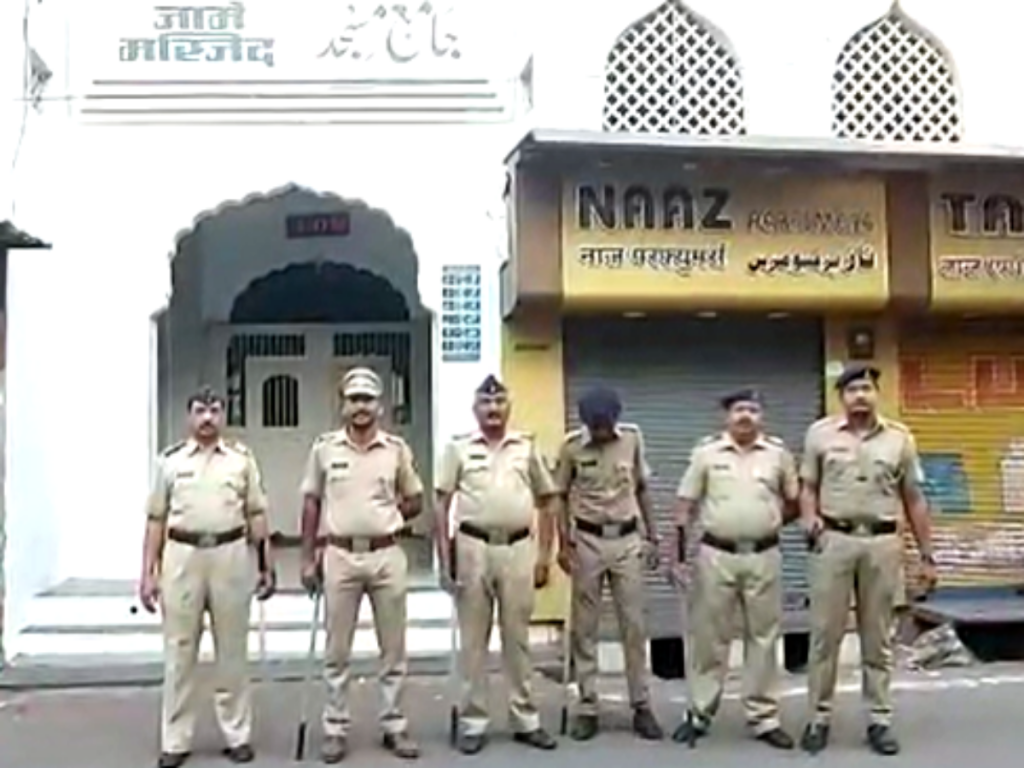 Against the backdrop of the stand taken by MNS chief Raj Thackeray regarding the horn on the mosque, this morning’s call was given in Malegaon without the horn. Most mosques in the city, including the Jama Masjid, did not use the bhonga during the morning azan. Currently, the situation in Malegaon is under control and MNS workers have gone underground and the police are keeping a close eye on them. According to the ultimatum given by MNS chief Raj Thackeray, the police are keeping a close watch in Malegaon and senior officers are stationed in Malegaon, informed Superintendent of Rural Police Sachin Patil.

MNS activists are being arrested in Nashik. Bhadrakali police have arrested the women who chanted Jai Shriram. Shri. In front of the small temple of Jabareshwar, the activists chanted Hanuman Chalisa and fled from there. Police seized other equipment, including a sound system. Police in riot gear stormed a rally on Friday, removing hundreds of protesters by truck. In some places, it became unheard of in a low voice. Nashik city has been turned into a camp due to unannounced notices and police cover. Police have claimed that Ajan was cut off from only two mosques in Nashik.