Two and a half thousand years ago, everyone was a Buddhist, claims Ramdas Athavale | Mahaenews
BREAKING NEWS

Home English Two and a half thousand years ago, everyone was a Buddhist, claims Ramdas Athavale

Two and a half thousand years ago, everyone was a Buddhist, claims Ramdas Athavale 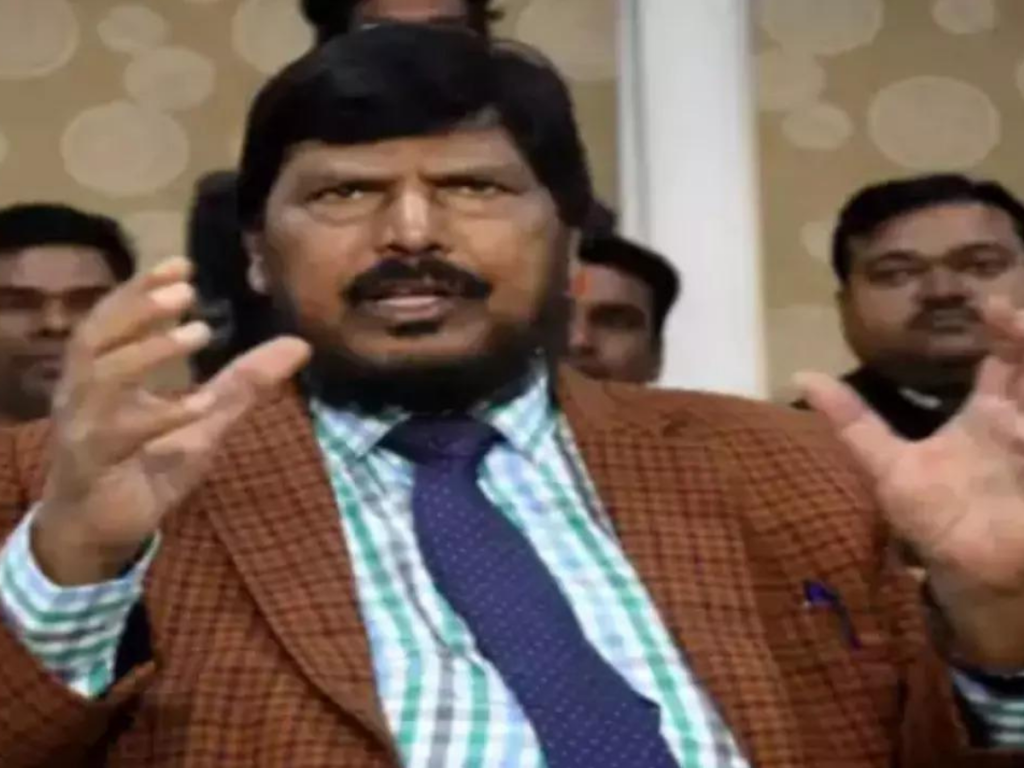 Nashik: Two and a half thousand years ago, all were Buddhists, a strange claim made by Union Minister Ramdas Athavale. “Brahmins, Kshatriyas, Vaishyas, Shudras were all Buddhists. Then Hinduism came to this country, then Hindus became people. Some of the Muslims here are not from outside. He was a Hindu before, before Hindu he was a Buddhist “, claimed Ramdas Athavale.

Some people try to argue. Disputes between Hindus and Muslims are a great loss to the country. Narendra Modi is playing the role of ‘Sabka Saath, Sabka Vikas, Sabka Vishwas’ and Raj Thackeray seems to be playing a role in piercing his role, said Union Minister Ramdas Athavale while criticizing MNS president Raj Thackeray.

Raj Thackeray does not mind reciting Hanuman Chalisa in the temple. Take out the horns on the mosque otherwise we will put Hanuman Chalisa in front of the mosque, this hooliganism is not right. My party is the defender of Babasaheb’s constitution. Their role is unconstitutional. Balasaheb Thackeray never took the role of sounding the horn. Raj Thackeray is wearing a saffron shawl, which is a good thing. Because saffron is a symbol of peace. In the time of Gautama Buddha, saffron was the color of the clothes of Buddhist monks. The color saffron is not a symbol of debate, ‘he said.

‘The alliance government is ignoring the issues in Maharashtra. The Thackeray government is completely embroiled in controversy. In this way, Maharashtra is suffering a great loss. There are many issues like drinking water, roads, unemployment, oppression of Dalit tribals, non-payment of farmers due to unseasonal rains. The government needs to work on these issues. However, Sanjay Raut’s time is wasted in giving answers to the basic questions’, he said, targeting Sanjay Raut. ‘The decisions that should be taken for the development and welfare of Maharashtra are not taken by the government. Therefore, this government has gone ahead in a very wrong way ‘, he also criticized.

If the Rana couple is going to recite Hanuman Chalisa from Delhi during Uddhav Thackeray’s meeting, then I don’t think their role is wrong. In a democracy, everyone has the right to have their say. It was very unjust to charge the Rana couple with treason. He had explained the role of reciting Hanuman Chalisa in front of Matoshri. It was the responsibility of the police to stop them, even if they stopped them, they did not even leave the house. He was charged with treason for political motives. We condemn that incident. He met the Rana couple in Delhi yesterday and said that the Republican Party was behind them and would take care that no injustice would be done to them.

‘Congress and NCP have not been on good terms for many years. Because, Pawar Saheb left the Congress, he formed the Nationalist Congress Party. The two have not met since then. But these two have come together for power and have been busy in power by supporting Shiv Sena. If you have a dagger in your back, why do you stay in that government? My appeal to Nana Patole is that it is very inappropriate for the Congress party to get out of the government.