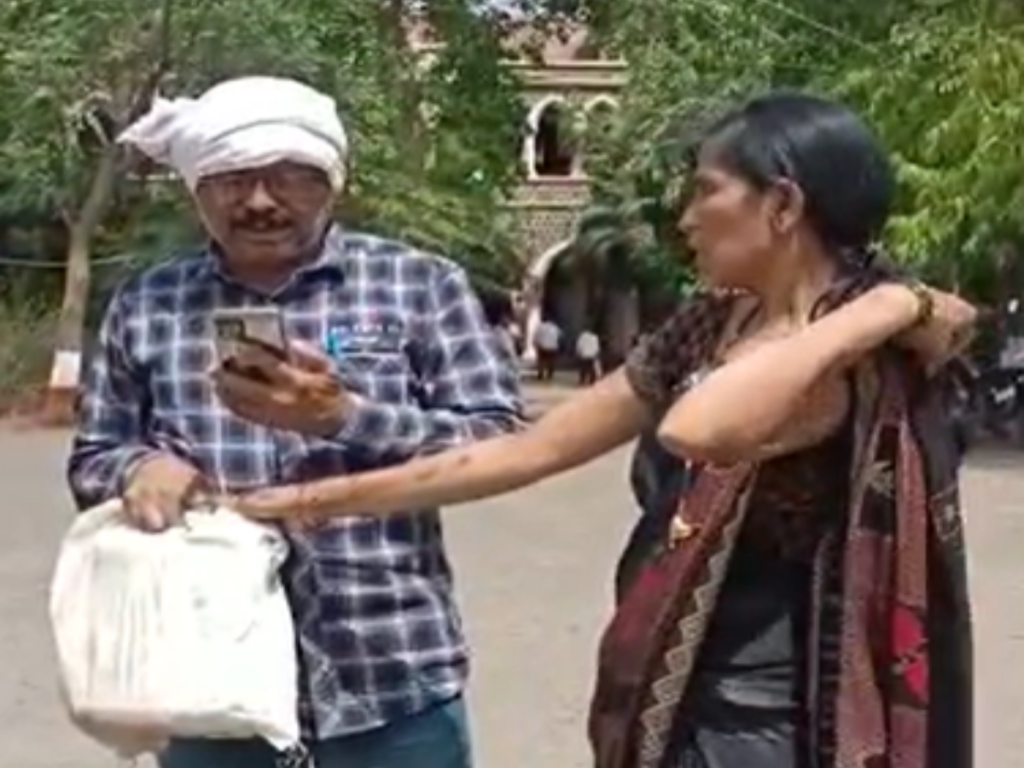 Jalgaon : A victim named Pratibha Premsingh Pardeshi from Dambhurni village in Pachora taluka has tried to set herself on fire by throwing kerosene on her body. This sort of thing caused a great stir in the Collector’s office.

A plainclothes police officer tried to snatch a can of kerosene from the protesting woman. As no police personnel were present on duty at this time, it has been seen that the special branch police personnel in plain clothes have blown the wires to prevent the woman from self-immolation.

Agitations and complaints do not bring justice

Pratibha Pardeshi said that the constant harassment by the people’s representatives in the village as well as the officers of the police administration do not understand our side and injustice is constantly being meted out to them.