‘Time to make Nathuram Godse of Baramati’; Jitendra Awhad got angry after the youth’s tweet 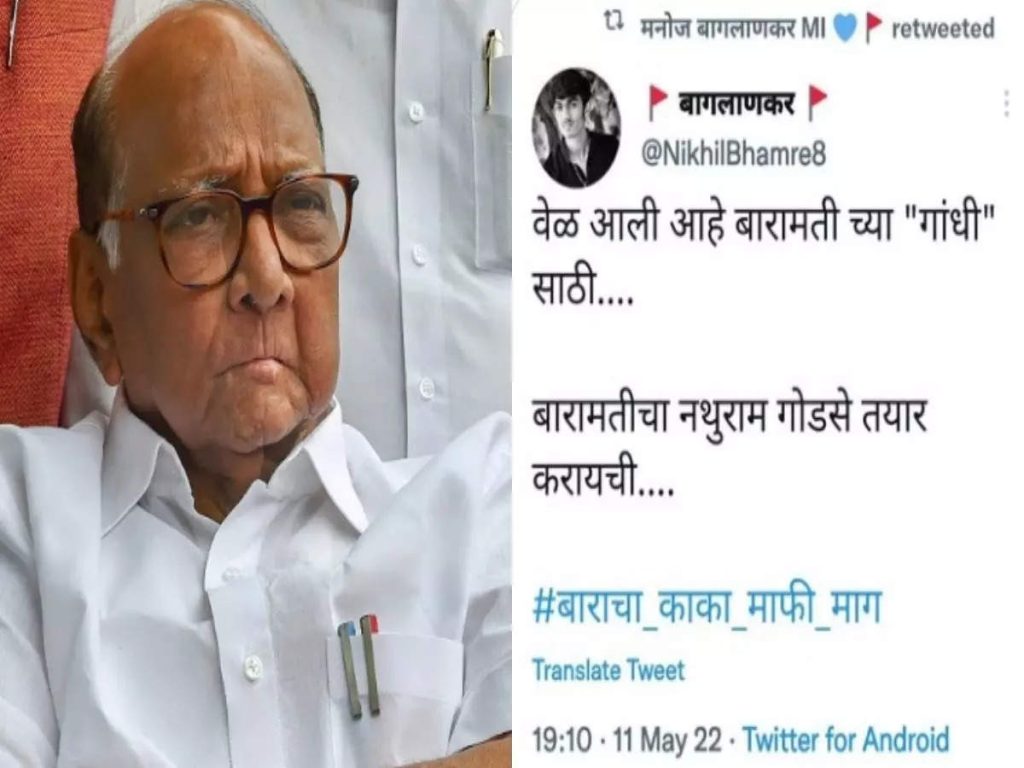 Mumbai: The political turmoil is currently raging over a poem presented by NCP president Sharad Pawar in a public event. The BJP has taken an aggressive stance, accusing Pawar of insulting Hindu deities. On the other hand, the NCP has accused the BJP of misleading by sharing partial videos. NCP leader and state housing minister Jitendra Awhad has expressed outrage over a controversial tweet by a youth on social media against the backdrop of the controversy.

Jitendra Awhad shared the controversial post of the youth on his Twitter account and demanded the Mumbai Police to take action against the youth. At what level is all this happening? Take strict action against this perverted isma, ‘tweeted Awhad.

A post has been written on a Twitter handle called ‘Baglankar’ using offensive text. The time has come to make Nathuram Godse of Baramati for Gandhi of Baramati.

A video of Sharad Pawar is going viral on social media by BJP. BJP has accused Pawar of insulting Hindu gods and goddesses. Pawar always slanders Hindu Dharma. A video of Sharad Pawar’s speech was tweeted on the official Twitter handle of the BJP, saying that if it had not been for racism and insult to deities, it would not have become so big. The NCP had also responded strongly to this. The age of a lie is until the truth is confronted. It is now well-known that the BJP is a party of half-breeds, but the whole truth cannot be concealed by showing half-dead videos, slapping half-raw pickles. I had to have at least half the courage to show the full video, ‘was the response from the NCP.