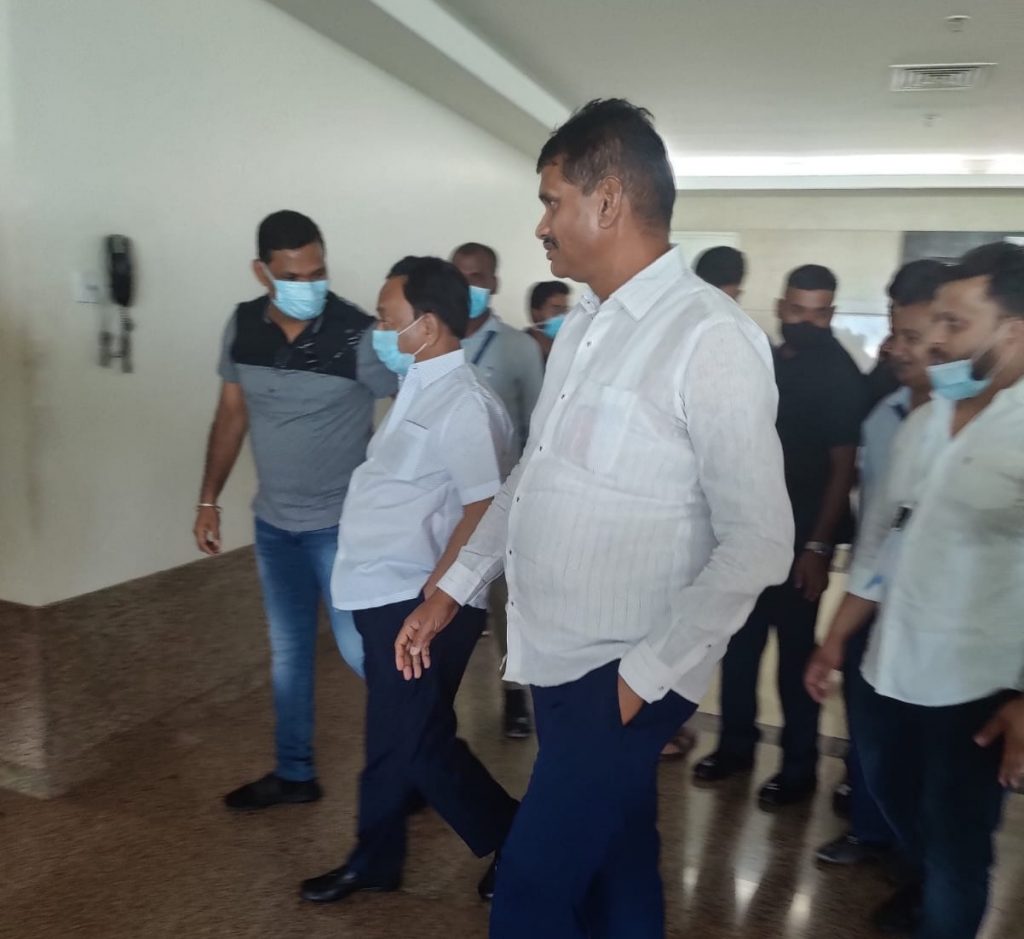 Pimpri: BJP MLA Laxman Jagtap has been admitted to Jupiter Hospital in Baner due to illness. He is undergoing treatment there. His condition has stabilized and he has been questioned by many veterans. Now Union Minister Narayan Rane had come to the hospital on Sunday (Dec. 15) to visit MLA Jagtap. He interacted with MLA Jagtap and asked about nature. Also learned more about nature from MLA Jagtap’s brother and former corporator Shankar Jagtap and businessman Vijay Jagtap. After that, this public leader will be active in public life again as soon as possible, said Narayan Rane.

MLA Jagtap has been undergoing treatment at the hospital since last month. Activists, relatives and well-wishers are praying for his health. This prayer and the treatment given by the doctor has come to fruition and MLA Jagtap’s condition is now stable. MLA Jagtap has a cordial relationship with everyone in politics. So far, many veterans have rushed to the hospital to inquire about his condition. Among them are Deputy Chief Minister Ajit Pawar, Leader of Opposition Devendra Fadnavis, BJP state president Chandrakant Patil, MLA and former minister Dr. Girish Mahajan, MLA Ashish Shelar, MNS leader Bala Nandgaonkar along with many grandmothers and former ministers and veteran leaders.

Now Union Minister Narayan Rane also visited the hospital on Sunday and inquired about the health of MLA Jagtap. He interacted with MLA Jagtap and wished him a speedy recovery. Minister Rane also sought information from MLA Jagtap’s brother and former corporator Shankar Jagtap and businessman Vijay Jagtap about his condition. MLA Jagtap will be under medical supervision for some more time. They are the leaders of the people. They will not be able to stay away from people for long. He expressed confidence that the leader would be active in public life as soon as possible.