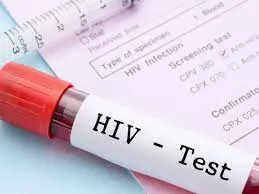 Nagpur: An incident that has shaken Maharashtra has come to the fore. Four children in Nagpur district have contracted HIV from a blood bank. The worst is yet to come. The incident has caused a stir in the entire area and an immediate inquiry has been ordered by the health minister.

Assistant Deputy Director of State Health Dr. According to RK Dhakate, four children contracted HIV from a blood bank. The children were suffering from thalassemia. One died during treatment after all four reported being HIV positive. Meanwhile, strict action has been ordered against those responsible for the incident.

Meanwhile, the children were suffering from a serious blood disorder called thalassemia. However, these Chimukals became infected with HIV from the blood they got from some ‘blood bank’. This is a very serious matter and no blood test has been done. Such a question is being asked now. Health Minister Rajesh Tope has ordered to investigate the matter and take action against the culprits.