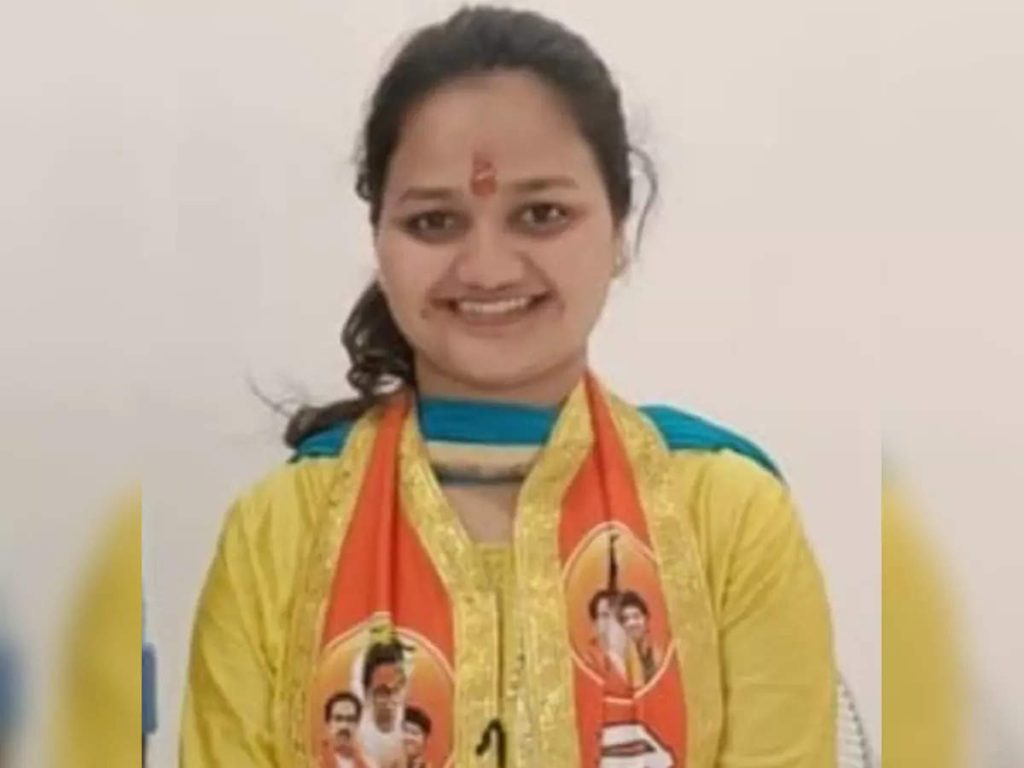 Chiplun: The so-called Shiv Sena office-bearers who stopped short of joining the NCP to oust me when I was elected did not submit my single election account to oust me and tried hard to disqualify me, a shocking allegation made by Corporator Shivani Khanvilkar at a party meeting in Chiplun. This allegation has created a stir in Shiv Sena. (shiv sena corporator shivani khanvilkar made serious allegation)

Khanvilkar is the youngest Shiv Sena elected corporator in Dapoli Nagar Panchayat. Shivani Khanvilkar had read out the injustice in a recent meeting held in the presence of Shiv Sena’s North Ratnagiri division’s Chiplun liaison chief and district chief. Against this backdrop, many are keeping an eye on what kind of justice the party leaders give to Shivani Khanwilkar, the youngest corporator from the party.

Khanvilkar, while making the allegation, said that those who were about to join the NCP four days ago, suddenly got the formula of Shiv Sena’s Nagar Panchayat election in their hands. The same sage Gujar, Kishore Desai tells me what Shiv Sena is. Our entire family works for Shiv Sena. I have belonged to Shiv Sena since I came to my senses. What’s wrong with me, because our current MLA who belongs to Shiv Sena met MLA Yogesh Kadam! Therefore, he says, he acted against the party. Shivani Khanwilkar, who was elected in Dapoli Nagar Panchayat, made a strong allegation that Suryakant Dalvi, Kishore Desai and Rishi Gujar were the ones who attacked me.

I was also interested in the mayoral election. I am a staunch Shiv Sainik. But I was knocked out of the group meeting. I was directly threatened that you want to work with us for the next five years, “said Shivani Khanwilkar, a corporator. Out of the six elected Shiv Sena corporators, we are the only ones who belong to Shiv Sena from the very beginning. All the others have come from outside, a direct allegation was made by corporator Shivani Khanvilkar in the party meeting.