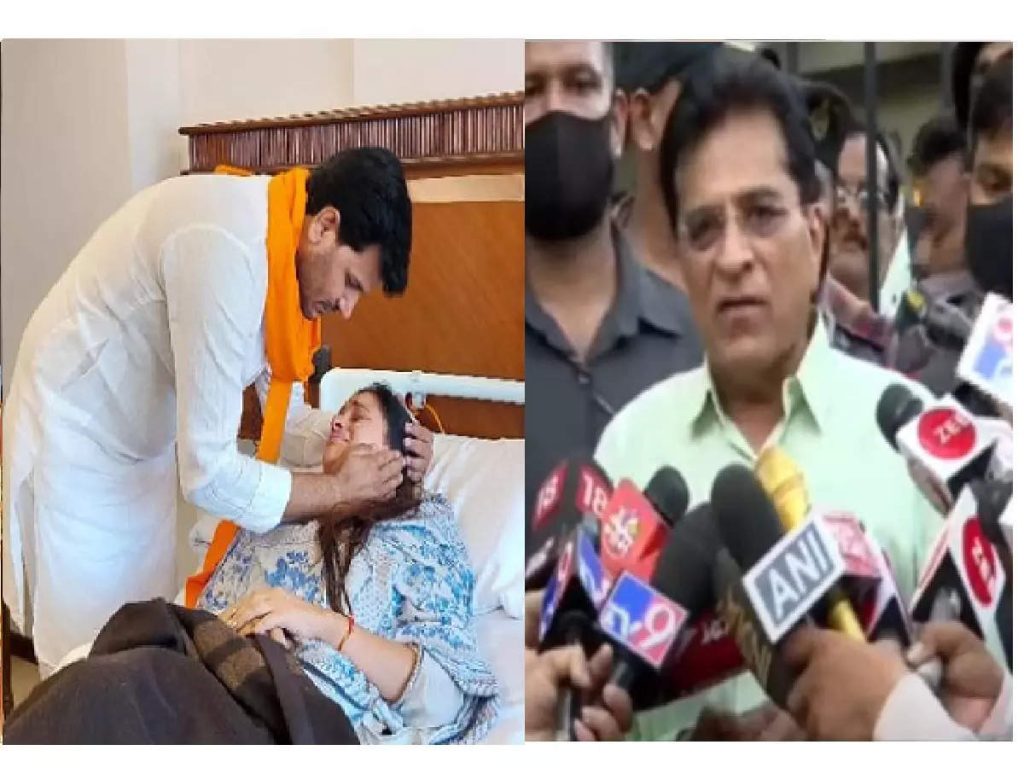 The Rana couple, who were arrested on treason charges, were granted bail by a court yesterday. Both were released today. Navneet Rana was admitted to Lilavati Hospital due to health problems. As soon as he came out of jail, Ravi Rana went to the hospital and met his wife Navneet. He was accompanied by BJP leader and former MP Kirit Somaiya. The Rana couple listened to their experiences in prison. After hearing his experience, I remembered the British prison, said Kirit Somaiya while talking to the media.

“After hearing about the Rana couple’s experience in prison, the question arises as to whether they were in the British jail or not. I remembered the English prison. They are MPs, they are MLAs. But the manner in which Uddhav Thackeray’s mafia government did injustice to those who called Hanuman Chalisa, Ram and Hanuman will never forgive them and the people of Maharashtra will never forgive them, “said Somaiya. “I feel bad that Navneet Rana had to come directly to the hospital from jail. I have come to Lilavati Hospital to inquire about his condition. I publicly protest against Thackeray’s mafia government. We are ashamed that such days have come in Maharashtra, “said Somaiya, targeting the Thackeray government.

Despite being granted bail, Ravi Rana was late in getting out of jail. He was released from Taloja jail around 3 pm today. From there he reached Lilavati Hospital. After arriving at the hospital, he inquired about Navneet Rana’s health. He also sought information from the doctor treating him. Navneet Rana burst into tears when he saw Ravi Rana earlier. She started crying. Ravi Rana tried to reassure Navneet Rana. Asked about his nature. He is with you, he is not going anywhere.

The Rana couple, meanwhile, have been granted bail despite various restrictions. They will not be able to speak to the media on the matter. Witnesses are also prohibited from contacting or pressuring them in any way.