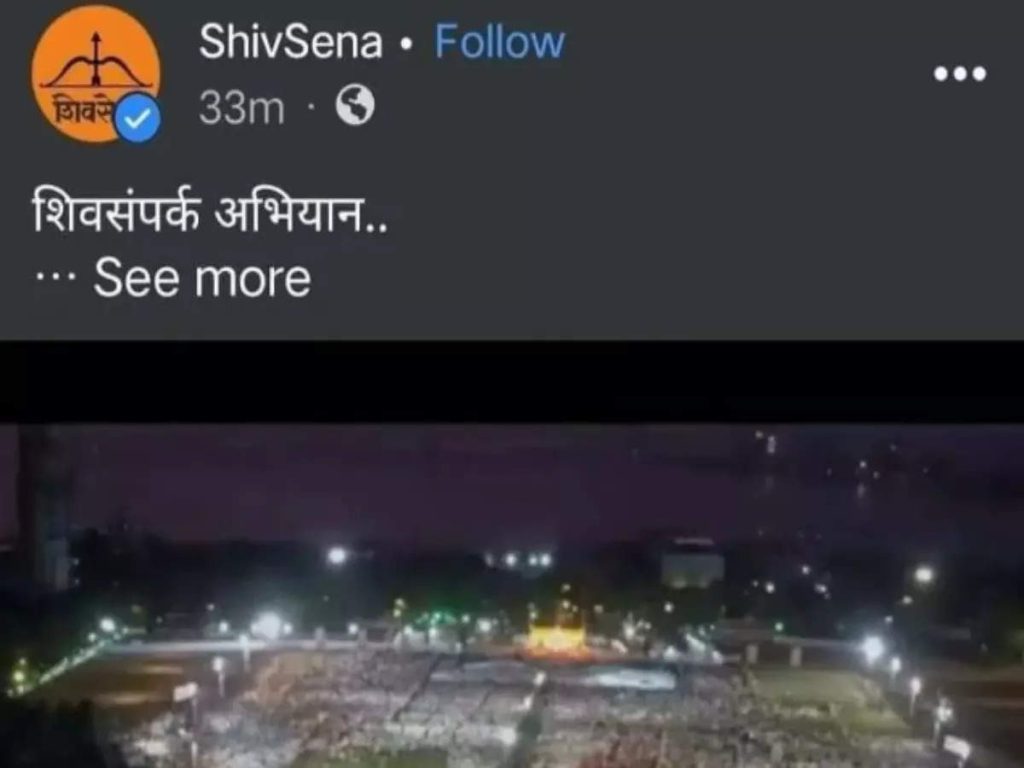 Mumbai: Maharashtra Navnirman Sena (MNS) has objected to the teaser of Shiv Sena party chief’s meeting on May 14. MNS leader Gajanan Kale has claimed that the crowd in this teaser was at Raj Thackeray’s meeting in Aurangabad. Now they have made a fuss about who is known and who is fake. Now we have to see what explanation Shiv Sena will give on this.

However, now the MNS leaders are likely to be aggressive on this issue. However, those who claim to be fakes should introspect. Something really wrong with you. Don’t be so fake. Gajanan Kale has raised the question in his tweet whether it is necessary to rely on Rajsaheb to gather more people. Gajanan Kale has also said that Shiv Sena deleted the teaser tweet after realizing its mistake.

Raj Thackeray had a meeting on the grounds of Marathwada Sanskritik Mandal in Aurangabad on the occasion of Maharashtra Day on 1st May. Manasainiks from all over the state had come to this meeting. Police had set a limit of 15,000 listeners for the rally. However, in reality the meeting was well attended. Crowds at Raj Thackeray’s rallies are always a topic of discussion. However, now that the Shiv Sena has used footage of Raj Thackeray’s rally to publicize its rally, controversy is likely to erupt.

What exactly is in Shiv Sena’s teaser?