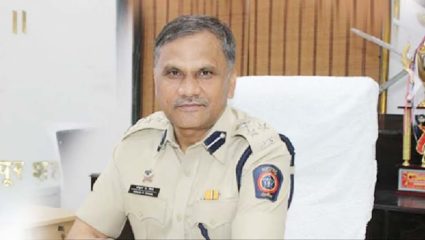 Pimpri: In addition to updating the information of the criminals, also collect the detailed information of the behind-the-scenes facilitators in the crime cases, said Commissioner of Police Ankush Shinde. As a result, those who support criminal activity are scarred. Those who have links with criminals and directly help criminals have therefore come under the radar of the police.

After accepting the post of Commissioner of Police, a meeting of the Crime Branch was held on Saturday in the presence of Ankush Shinde. On this occasion, Commissioner Shinde reviewed the work of the officers and inspectors in charge of the crime branch units and various squads. Which team does what work, they get information about the investigation of crimes etc. Also learned their problems.

Information was also taken about the number of religious places of worship and the situation in Pimpri-Chinchwad Police Commissionerate. The commissioner also directed to try to maintain law and order. The inn must have knowledge of the people close to the criminals. This includes relatives, friends and others of the perpetrators. In some cases, behind-the-scenes facilitators do not appear. Therefore, it is not easy for the police to reach out to those who support or commit criminal acts. Therefore, also collect the information of such facilitators, such instructions were also given by the Commissioner.