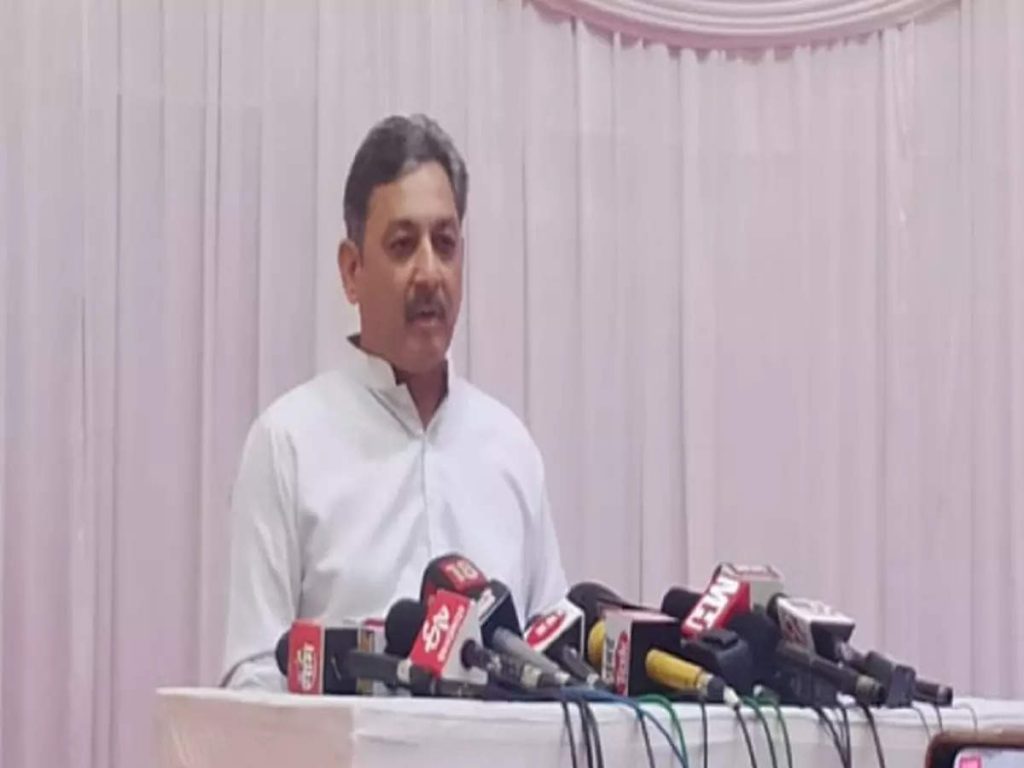 Mumbai: After the drama that has been going on for the last few days on the backdrop of Rajya Sabha elections, Sambhaji Raje Chhatrapati has finally decided not to contest this election. ‘I am ready for self-government. I will try to bring justice to the poor by uniting the displaced Mavals. Since yesterday, I have received calls from many MLAs and they have said that no matter what happens, we want to contest this election. But I know there will be a horse market in this election. Therefore, I have decided not to face this election to avoid horse market, ‘said Sambhaji Raje in a press conference in Mumbai.

What exactly did Sambhaji Raje say?
‘I knew the maths of the Rajya Sabha was difficult. However, I had appealed to all political parties to support me for the Rajya Sabha on the basis of the work I have done for the society since last 15 years. I came to Mumbai after the announcement of Rajya Sabha election dates. What happened next is not in my blood, it is not in my principle, but I have to speak. I urge Chief Minister Uddhav Thackeray to come with me to any memorial of Chhatrapati Shivaji Maharaj and tell me if I am telling any lie by remembering him. After coming to Mumbai, the Chief Minister sent two MPs to me and said that you should join Shiv Sena, we will announce your candidature for Rajya Sabha tomorrow. However, he refused to join the party, saying that he would contest the election as an independent. Two days later, I got a call from the Chief Minister and called Varsha at his official residence for discussion. In this meeting, the Chief Minister told me that we do not want to keep Chhatrapati separate, he proposed that you join Shiv Sena. However, I said that I would contest this election as an independent again. After that, my name was started as a candidate for the Mahavikas Aghadi award, but later the word was changed, ‘claims Sambhaji Raje Chhatrapati.