The direction of our life is due to the rites of parents: MLA Mahesh Landage | Mahaenews
BREAKING NEWS

Home English The direction of our life is due to the rites of parents: MLA Mahesh Landage

The direction of our life is due to the rites of parents: MLA Mahesh Landage 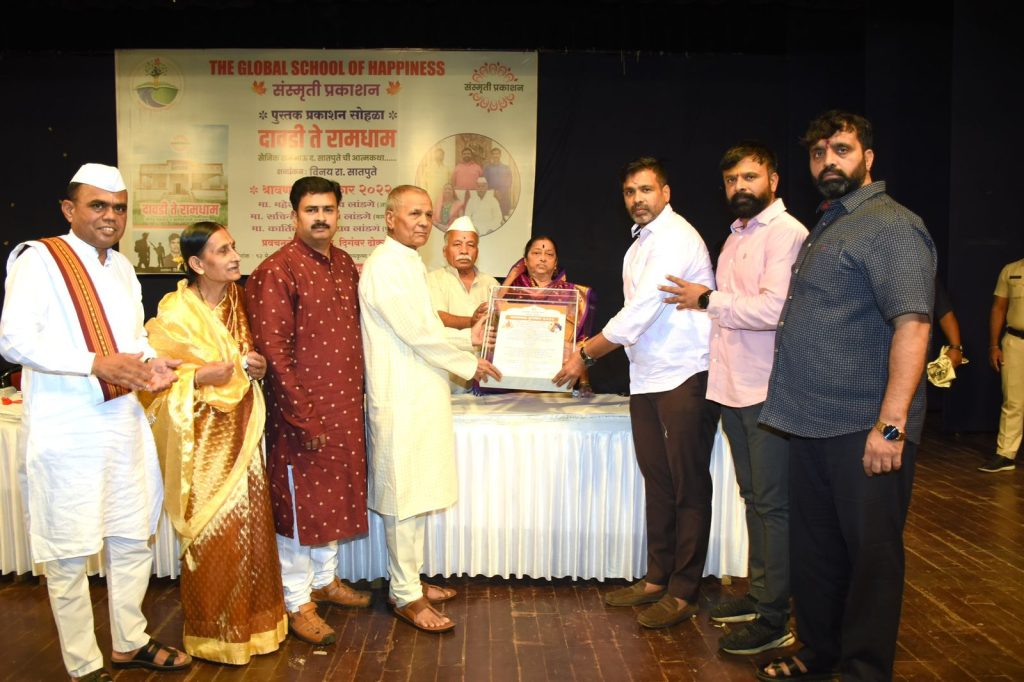 The struggle and sacrifice of my parents is crucial to the success of our family. It was their rites that gave direction to our siblings’ lives. From the time I became a wrestler until I became an MLA, I have been obeyed by my father. He is working in political life under his guidance, said BJP city president and MLA Mahesh Landage.

Pvt. At the Ramakrishna More Auditorium, the autobiography of Rambhau Dagadu Satpute, a soldier from ‘Davdi to Ramdham’, was published on behalf of ‘Sansmriti Prakashan’, a school of world happiness. MLA Mahesh Landage, brothers Sachin and Kartik Landage were honored with ‘Shravanbal’ award.
MLA Landage’s father Kisanrao Landage, Ihirabai Landage, International Life Coach and Publisher Vinay Satpute, H.B.P. The dignitaries were present along with Digambar Dhokale.

Publisher Vinay Satpute said that the main objective of Sansmriti Prakashan is to make the children write a biography on their parents and to make them listen to the book. The ‘Shravanbal’ award has been announced by the organization for inculcating this concept in the society by appealing to everyone to do something in life so that one can make a superhit film and an inspirational film based on one’s autobiography.

Everyone should respect their parents. While working in the social field, he has been honored with many awards till date. However, this Shravanbal award expressing gratitude to my parents is a lifelong memory for me. It is a matter of great fortune that parents should be present at an event and their children should be treated with such respect, said MLA Landage.