Terrible accident! It didn’t happen in a few seconds. 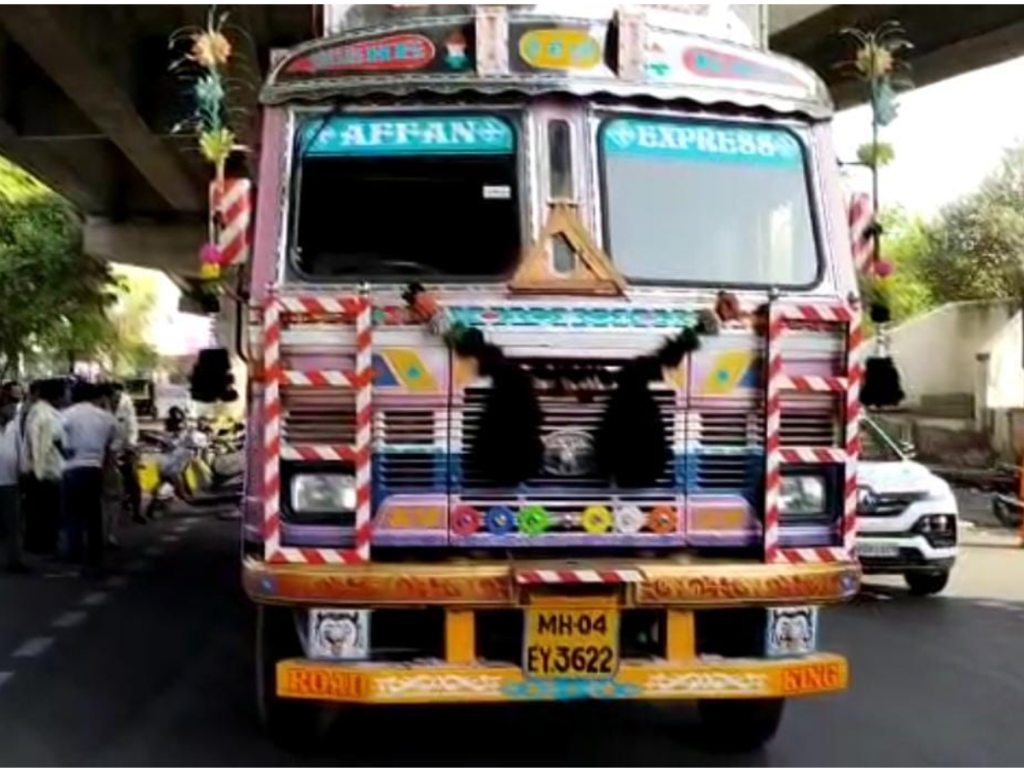 Accidents are constantly happening in Ashok Vatika Chowk which is always a busy place. Even today, a truck driver has killed a two-wheeler driver. A truck and a two-wheeler collided head-on on Ashok Vatika Road in Akola, killing an elderly man on the spot. The incident took place around 8 am on Sunday. The deceased has not been identified yet and Bajaj is said to be the deceased.

While the truck MH04E-Y3622 was on its way from Akola railway station to Sindhi Camp, the two-wheeler MH30AM7645 was approaching the railway station via Nehru Park. Meanwhile, both the truck and the two-wheeler had an accident. The wheel of the truck went over the old man’s head and he died on the spot. Within seconds, the old man lost his life. The incident took place at Ashok Vatika Chowk around 8 am on Sunday. As soon as he got information about this incident, the Chief of Traffic Police Vilas Patil immediately dispatched the traffic police to the spot.

Police have since cleared the road for traffic, and the body of an elderly man has been sent to a government hospital in Akola for autopsy. Police are currently in the process of filing a case against the truck driver and have seized the vehicles involved in the accident. The deceased has not been identified yet but Bajaj is believed to be the deceased.

The post Terrible Accident! It didn’t happen in a few seconds… first appeared on Mahaenews.