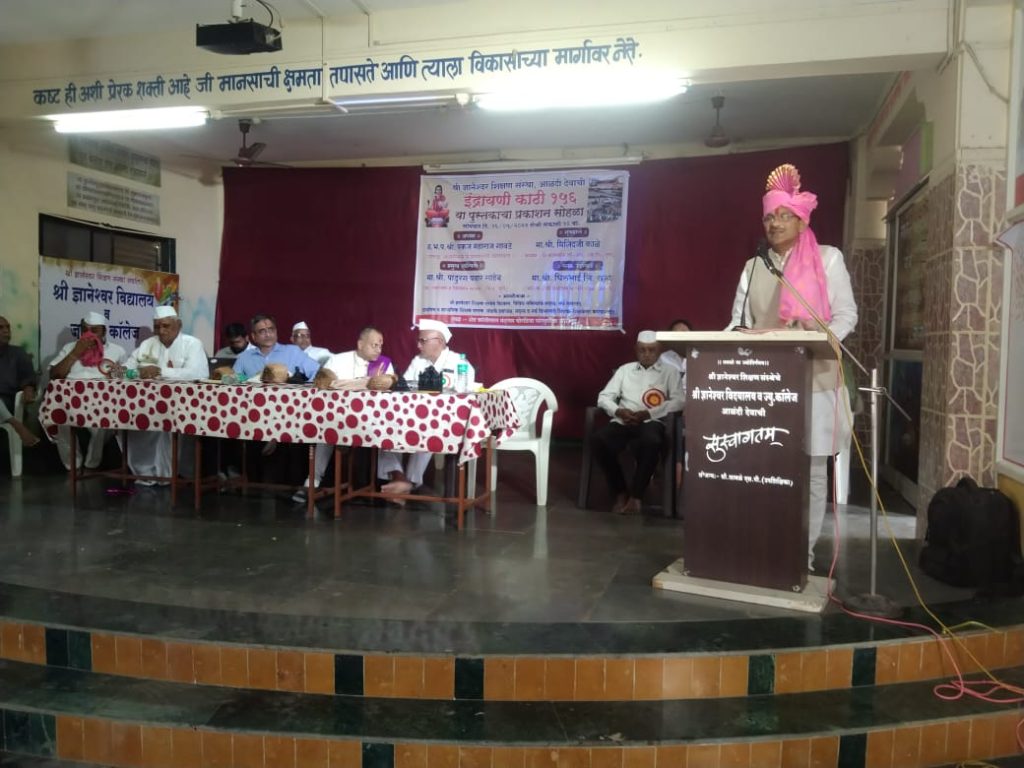 Alandi: The book Indrayani Kathi 156 was released at Shri Dnyaneshwar College, Alandi. Ajit Wadgaonkar and his family and colleagues helped Jalaram Satsang Mandal Alandi to donate food to the needy during 156 days of lockdown at Indrayani Ghat, Palika School and Shri Dnyaneshwar Mahavidyalaya and various other places. In this book, he has written about this and the situation at that time as well as the information about the awards he received.

On this occasion, Cosmos Bank President Pune Milind Kale, Hon. Vice President and current members – Dist. H. Pune Shri Pandurang Pawar said that the members of Wadgaonkar family did social work for 156 days in difficult conditions during the time of Corona. He was inspired by Mauli to do this work. She took care of people in Corona’s situation. Trustee Prakash Kale and teachers expressed their views on his work.

At this time Ajit Wadgaonkar said that the knowledge, capital and labor we have should be useful to the society. Work should be done without ego in mind. During the 156 days of Corona, he thanked the Alandi villagers, village officials and co-workers, various food donors. He informed about the 156 days of food donation service during the Karona period through Jalaram Satsang. Famous lecturer HBP Pankaj Gawde gave a lecture on spirituality and social service. In this lecture, he described the important events in the lives of Saint Dnyaneshwar Maharaj and Saint Tukaram Maharaj, Saint Muktai, Saint Namdev and other saints. Guided by educating the society on the current situation.