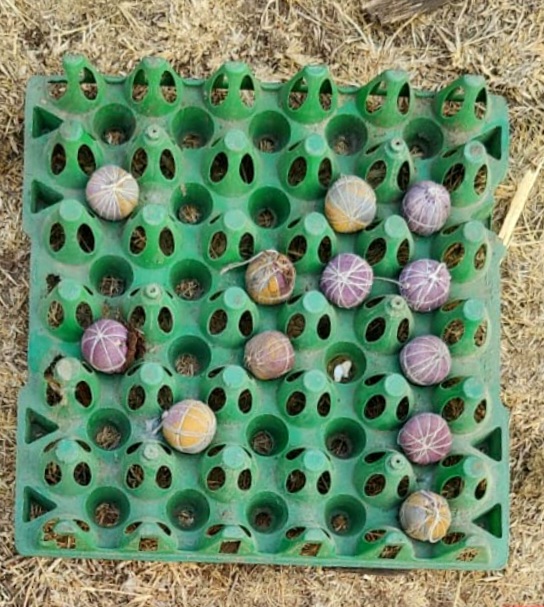 Two months ago, a five-year-old girl was killed in a bomb blast at Wadmukhwadi, Charholi. The girl’s mother saw the bomb again in the area. After being informed by the police, while conducting a search, 12 more pig bombs were found in the area on Friday (Dec. 8). These bombs explode when the food is eaten and kill the pig, so an explosive like this apti bar is called a pig bomb.

Radha Gokul Gawli (age 5) was killed on February 5, 2022 when a pig bomb exploded near a cow shed near Nanashri Hotel near Alankapuram Society in Charholi, Vadmukhwadi while she was bursting with a rope wrapped around a betel nut. Rajesh Mahesh Gawli (age 4) and Aarti Gokul Gawli (age 4) were seriously injured. The bomber struck shortly after noon in front of a crowd of 2,000 people, according to police. After that the huts were erected as per the demand of the citizens.

Meanwhile, on Friday morning, Mayat Radha’s mother saw two more pigs in the bomb area. She passed this information on to her husband. The husband also informed the police about this. Dighi police and bomb disposal squad from Pune reached the spot. While searching the area, they again found 12 pig bombs. The bombs may have been planted in February, said Dilip Shinde, senior inspector, Dighi police station.