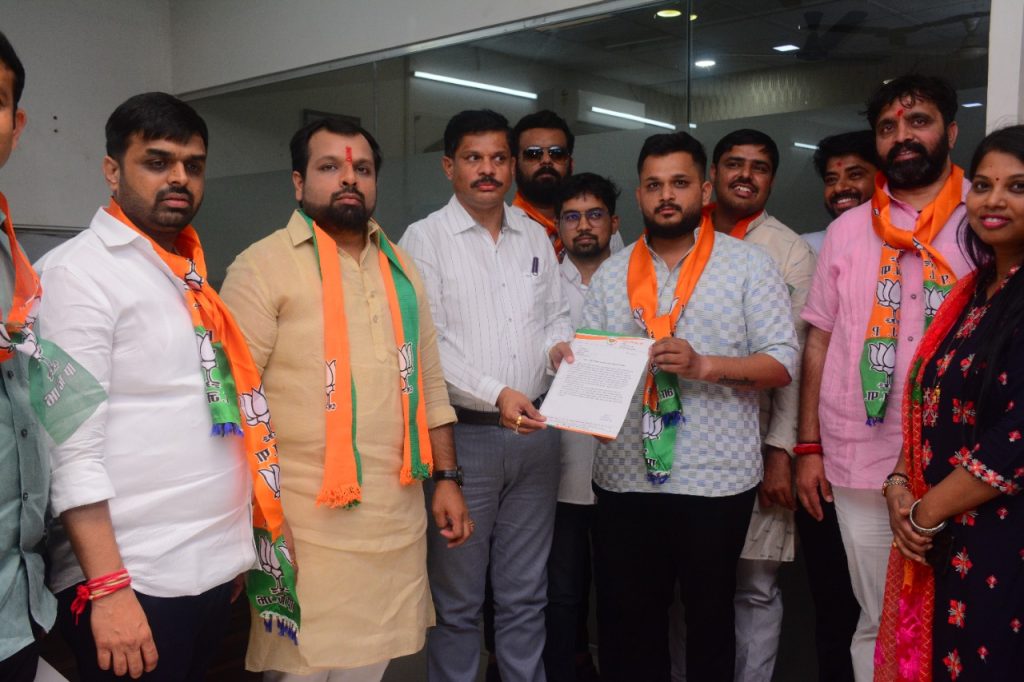 Mahavikas Aghadi government in the state cuts taxes on liquor by 50 per cent, then why not cut taxes on fuel including petrol and diesel? Presenting this question, Bharatiya Janata Party organized a statewide agitation on behalf of Yuva Morcha. The BJP on behalf of Pimpri-Chinchwad staged a protest on Wednesday at the Nigdi tehsil office. A statement was given to the taluka executive magistrate at this time.

Sanket Chonde said, “We condemn the treacherous front government which is exploiting the citizens.” The deceitful, treacherous state government is trying to apologize for showing that the exemption given by the central government on petrol and diesel without deducting a single rupee tax and hence the naturally reduced state tax is our exemption. By this, 12 crore people in the state are being deceived. Protesting against the state government, we demand at least 50 per cent reduction in petrol and diesel prices.

State President Vikrant Patil said that the central government has given a rebate of around Rs. 7 in taxes on petrol and diesel. LPG tax is exempted up to 12 cylinders. The central government may take a historic decision to relieve the people by burdening the exchequer with Rs 2 lakh crore. So, why doesn’t the state government take such a decision? The alliance government deceived the citizens of the state. The Mahavikas Aghadi government committed the act of betrayal. Electricity bill not waived. Many questions from students are pending. The papers are torn. Corruption happens. Government ministers have to resign for rape. Now the central government has waived the tax on fuel, pretending that it has given it to the people of the state. The government does not have a strict notification regarding the reduction in fuel taxes. This is the answer we are asking the state government.