Celebration of Ram Navami in Chikhali 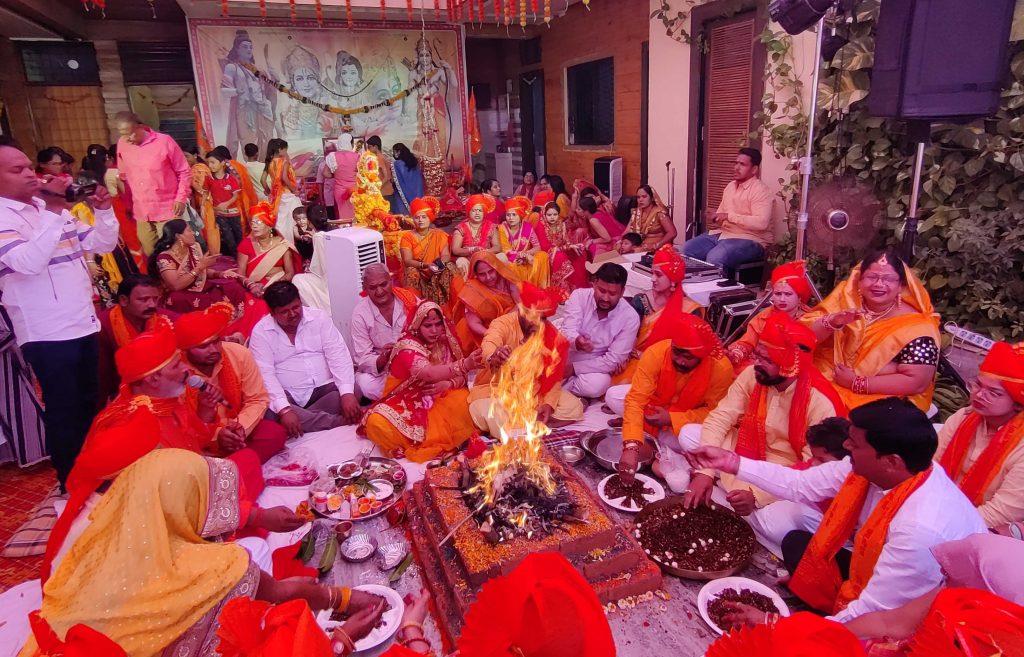 Pimpri: Limit Purushottam Shri Rama’s birthday i.e. Ram Navami festival was celebrated in the city with great devotion by organizing various religious programs in an enthusiastic atmosphere. A religious program organized by Vishwa Shriram Sena’s founding president Lalbabu Gupta at Chikhali Sane Chowk on Sunday toured the village of Shri Ram’s palanquin. At various places in the procession, women showered flowers on the palanquin and took darshan of the palanquin. Earlier, on Saturday (April 9) from 8 am to 8 am on Sunday, Ramayana was recited and bhajan for 24 hours continuously.

Child artists in costumes of Shriram, Sita, Laxman and Hanuman were attracting the attention of devotees on the decorated chariot. The women celebrated by playing balloons. The young women in traditional attire participated by riding a horse. Dindi Squad and Dhwaj Squad of Warak, who participated along with Mahesh Maharaj Latke, Hbhap of Alandi, enlivened the atmosphere of Shobha Yatra.