The aftermath of the political earthquake in the state in Pimpri-Chinchwad; Shiv Sainik-BJP workers face to face | Mahaenews
BREAKING NEWS

Home English The aftermath of the political earthquake in the state in Pimpri-Chinchwad; Shiv Sainik-BJP workers face to face 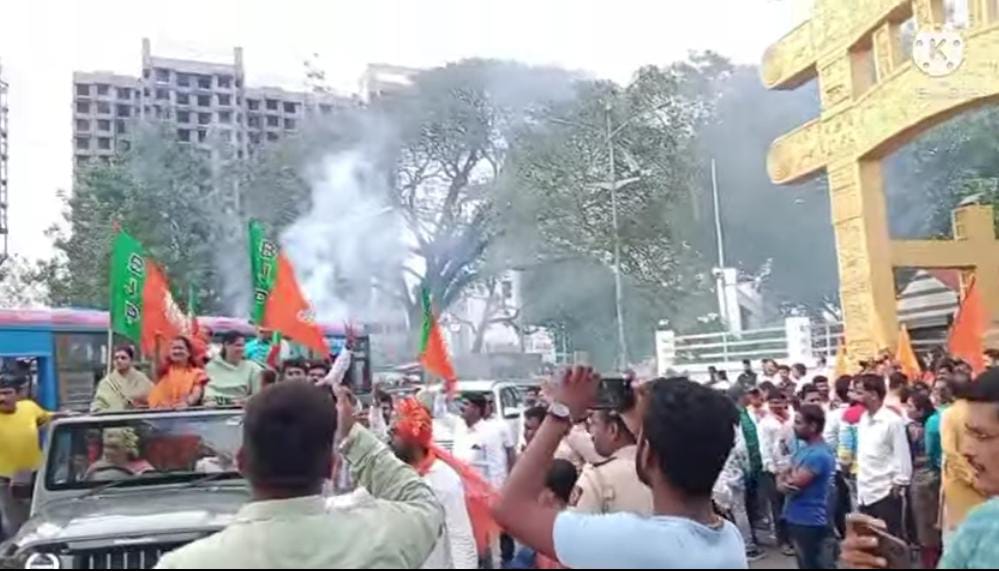 Pimpri: The political quake in the state also reverberated in Pimpri-Chinchwad. Shiv Sena and BJP office bearers and activists stood in front of each other at Pimpri Chowk on Thursday evening. Shiv Sainiks chanted slogans like ‘What to do with traitorous MLAs, step on your head’, ‘Shiv Sena is coal, everything else is rubble’. Devendra Fadnavis, you go ahead, we are with you, was the announcement made by BJP. Activists from both the parties came face to face. However, the timely intervention of the police eased the tension.

The current picture is that the Maharashtra Vikas Aghadi government has been shaken by the visit of some Shiv Sena MLAs to Guwahati. To protest against the MLAs who went to Guwahati, Dr. Shiv Sainiks from the city. Protests were held at Babasaheb Ambedkar Chowk. We are with Uddhav Thackeray, such announcements were made at this time.

Meanwhile, the city BJP rallied to welcome Uma Khapre, who won the Assembly elections. Dr. at Pimpri. The rally was held at the statue memorial of Babasaheb Ambedkar. At that time, BJP workers and Shiv Sainiks stood in front of each other. Activists from both the parties also chanted slogans. Seeing the possibility of clashes between the activists of both the parties, the police intervened in time and instructed the activists to maintain peace. After that the BJP rally got in the way.