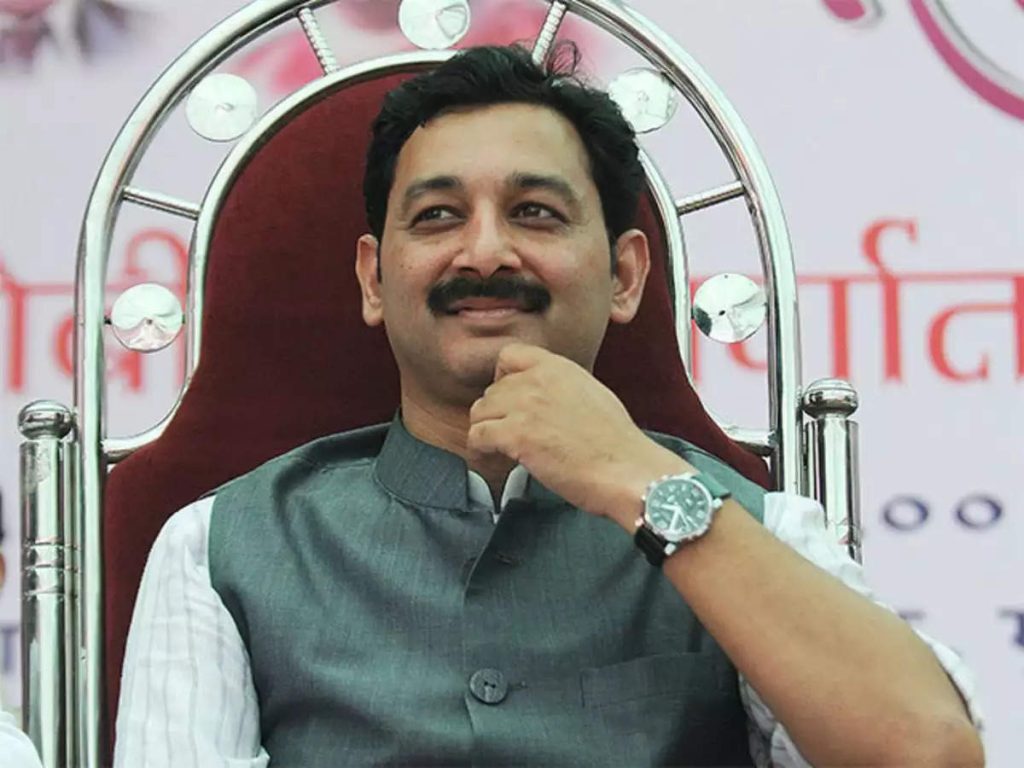 Mumbai: Sambhaji Raje Chhatrapati’s dream of going to Rajya Sabha as Mavia award has been shattered. The Shiv Sena has announced the official candidature of Sanjay Pawar, a loyal Shiv Sainik from Kolhapur. Therefore, from the point of view of the army, the subject of Sambhaji Raje Chhatrapati is over. After the Sena’s rejection, the maneuvers of Devendra Fadnavis, the state BJP’s all-rounder and Leader of the Opposition, have begun. If Sambhaji Raje insists on an independent role, then BJP can support him, sources said. Also, the BJP can take a stand against the Sena by rejecting Chhatrapati Shivaji. On the other hand, sources said that BJP could play a big role in attracting Maratha votes by supporting Sambhaji Raje who entered the fray as an independent and maintaining the ‘honor of Chhatrapati Gharana’.

Shiv Sena leader MP Sanjay Raut called on Chief Minister Uddhav Thackeray this afternoon. Speaking to media after the meeting, Sanjay Raut said that the Chief Minister had sealed Sanjay Pawar’s name. Also Sambhaji Raje is not in touch with us. Raut also said that the issue of his candidature was completely settled on our behalf. On the other hand, after the Sena ended the issue of Chhatrapati’s candidature, rapid movements have started in the BJP faction. If Sambhaji Raje is adamant on an independent role, then by supporting Sambhaji Raje, BJP can embarrass the Sena, sources said.

Fadnavis was given the upper hand by senior leaders

According to sources, Devendra Fadnavis had a meeting with senior BJP leaders in Delhi recently regarding the Rajya Sabha elections. In this meeting, there was a lot of discussion about Rajya Sabha election seats. According to current strength, BJP candidates will easily get elected in 2 out of 6 Rajya Sabha seats. However, the BJP will have to match the votes for the third seat. Therefore, the BJP has not yet decided whether to contest this seat or not. Sambhaji Raje Chhatrapati has claimed this place. Therefore, the BJP has not yet decided whether to fight for this seat and incur the wrath of the Maratha community or to honor the Chhatrapati family by supporting Sambhaji Raje Chhatrapati. There was a lot of discussion on this in yesterday’s meeting. According to sources, at the end of the meeting, the BJP leaders handed over the third seat in the Rajya Sabha to Devendra Fadnavis.

What will happen to Raje, decisive of Devendra Fadnavis Role

Therefore, it is understood that the decision of whether to support Sambhaji Raje Chhatrapati in Rajya Sabha elections or not is now in the hands of Sarvasvi Devendra Fadnavis. There is also a trend in the party that BJP should field a candidate for the third seat to increase its strength in the Rajya Sabha. If that happens, the name of Dhananjay Mahadik from the BJP faction is being discussed. However, even if BJP contests this seat, the chances of getting elected are less than that of Mahavikas Aghadi. Instead, the BJP has the opportunity to show respect to the Chhatrapati dynasty by supporting Sambhaji Raje, who entered the fray as an independent. So now everyone’s eyes are on what step Devendra Fadnavis will take.