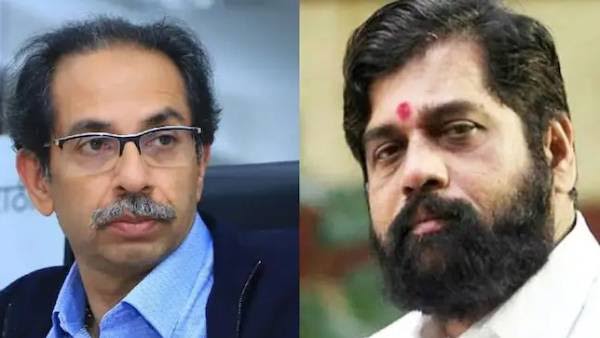 Mumbai: The Shiv Sena and Eknath Shinde faction have now started a real legal battle. A petition seeking disqualification of 12 MLAs supporting Shinde under the secession law was filed by the Shiv Sena with the Deputy Speaker on Thursday night. A total of 12 MLAs, including Eknath Shinde, Sandipan Bhumare and Bharat Gogavale, have been disqualified for non-attendance at a meeting convened by the party on Wednesday.

Now all eyes are on what Jirwal decides on it and what answer he gets from the Eknath Shinde group. After Urban Development Minister Eknath Shinde raised the flag of rebellion on Tuesday, the Shiv Sena was appealing to the MLAs who had accompanied him for the last 48 hours to return to Mumbai. On Thursday night, however, the Shiv Sena raised the weapon of action. Eknath Shinde, Tanaji Sawant, Prakash Surve, Balaji Kinikar, Anil Babar, Lata Sonawane, Yamini Jadhav, Sanjay Shirsat, Bharat Gogavale, Sandipan Bhumare, Mahesh Shinde and Abdul Sattar have demanded the removal of 12 MLAs from Narhari Jirwal.

Regarding the meeting of Shiv Sena party, the main spokesperson Sunil Prabhu had sent a letter and ordered to attend the meeting. Even after that, 12 Shiv Sena MLAs called for the meeting did not attend the meeting. He was then sent a notice asking for an explanation as per the rules. But he did not give a satisfactory answer. Therefore, the membership of these 12 MLAs should be canceled by taking disqualification action for violating the party’s order and discipline, Shiv Sena group leader Ajay Chaudhary has given a letter to the assembly vice-president, Shiv Sena chief spokesperson Arivad Sawant told the media.

After Shiv Sena filed a petition to disqualify 12 MLAs including Eknath Shinde, Eknath Shinde has replied to it. Trying to scare someone. We know your make-up and the law. As per the 10th appendix of the constitution, the party order is applicable for the functioning of the assembly. Not for meetings. The law does not beg for threats as we know them. We demand action against you for creating an illegal group when there are no numbers, tweeted Eknath Shinde.