Home English In Hingoli, a car collided with a divider, injuring five people

In Hingoli, a car collided with a divider, injuring five people 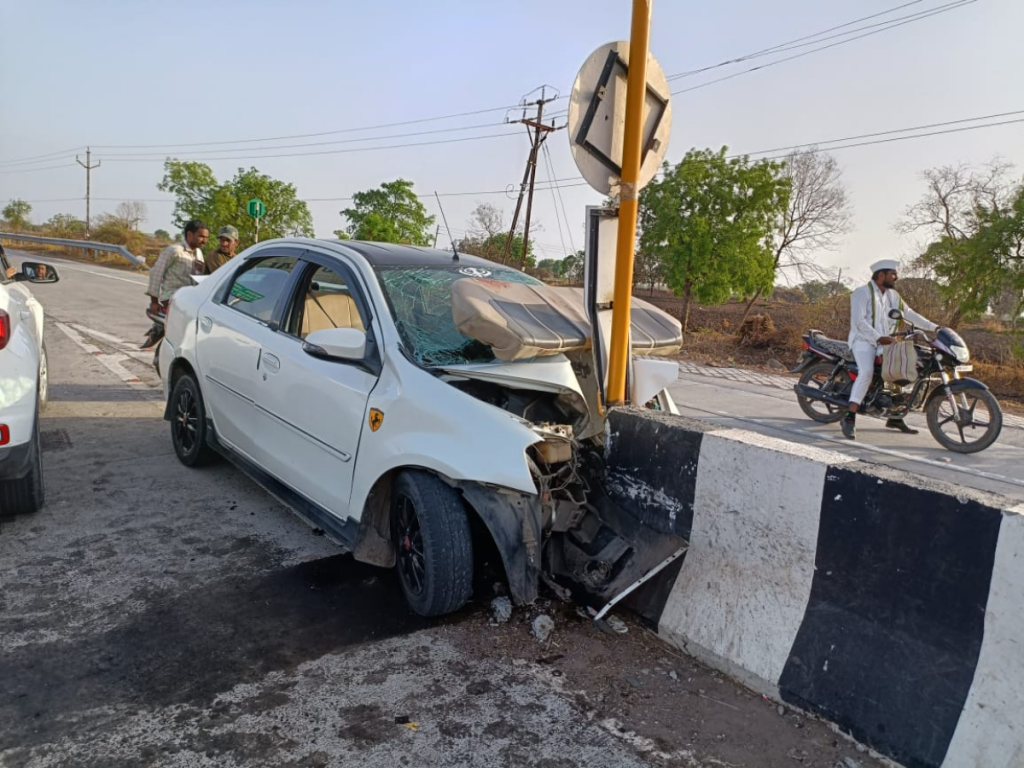 Hingoli: Five persons were injured in a head-on collision between a car and a divider near Panknergaon fork on Sengaon-Risod road on Sunday (May 22). One of the injured is in critical condition and has been shifted to Nanded for treatment. According to police, five persons from Nanded had gone to Risod in Vidarbha in their car. The five had returned to Nanded on Sunday night after completing their work. His car was approaching Panknergaon fork on Risod to Sengaon road around 12.30 pm when the driver lost control of the vehicle and hit the divider of the car. Kunal Thorat, Someshwar Nageshwar, Swapnil Chaudante, Arjun Vitkare and another person were injured in the accident.

The villagers rushed to the spot after getting information about the accident. The injured have been rushed to a private hospital in Hingoli for treatment. One of the injured is in critical condition and has been shifted to Nanded for further treatment. No case has been registered in this regard at Sengaon police station. Meanwhile, a car overturned in front of Sant Namdev Bazar Samiti at a distance from Sengaon on Monday morning and some passengers in the car became serious. The incident took place on Sengaon to Yeldari road. The injured have been admitted to hospital for treatment.