Home English How can Baramati’s wicket be so smart? I will ask the above Brahmadeva: Sadabhau Khot

How can Baramati’s wicket be so smart? I will ask the above Brahmadeva: Sadabhau Khot 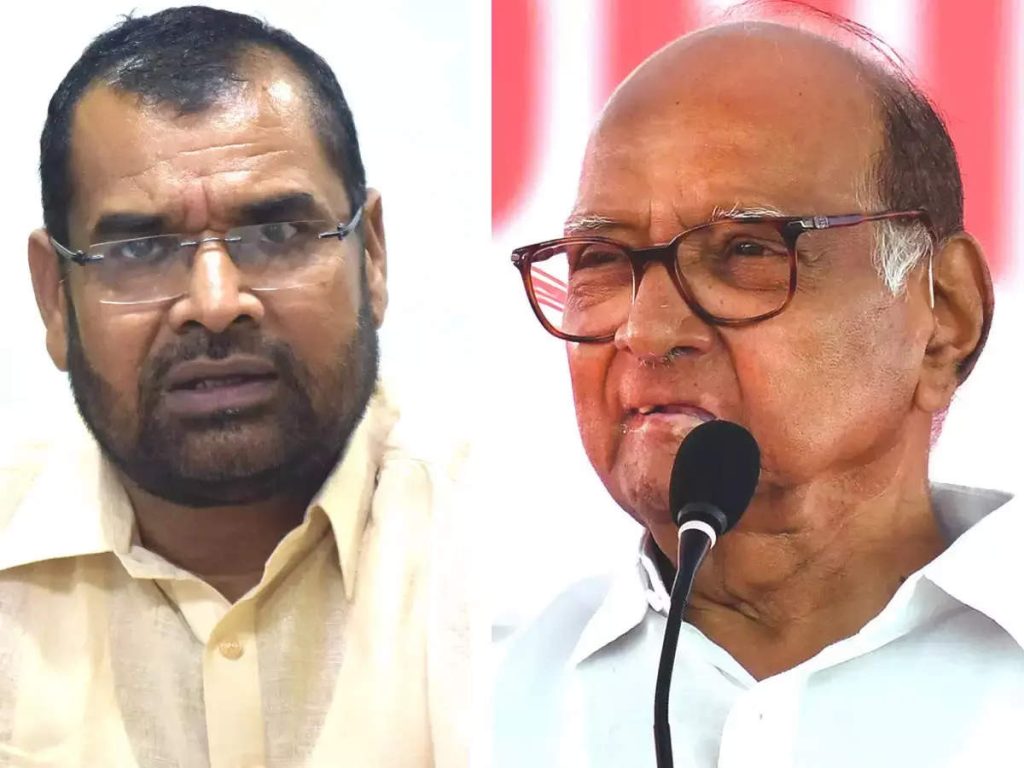 ‘How can Baramati’s wicket be so smart? What exactly are the spare parts in Sharad Pawar? I am going to ask this to the last Brahma, ‘said Sadabhau Khot.

“I will come again. I want to make this sentence come true.”

Speaking at the rally, Sadabhau Khot also commented on BJP leader and Leader of Opposition in the Assembly Devendra Fadnavis. ‘I will come again, we want to make this statement come true and we want to make Devendra Fadnavis the Chief Minister. These people make fun of their sentences. However, Fadnavis had said that he would come back to alleviate the drought of the farmers, to guarantee their crops and to give justice to the twelve Balutedars, ‘said Sadabhau Khot.