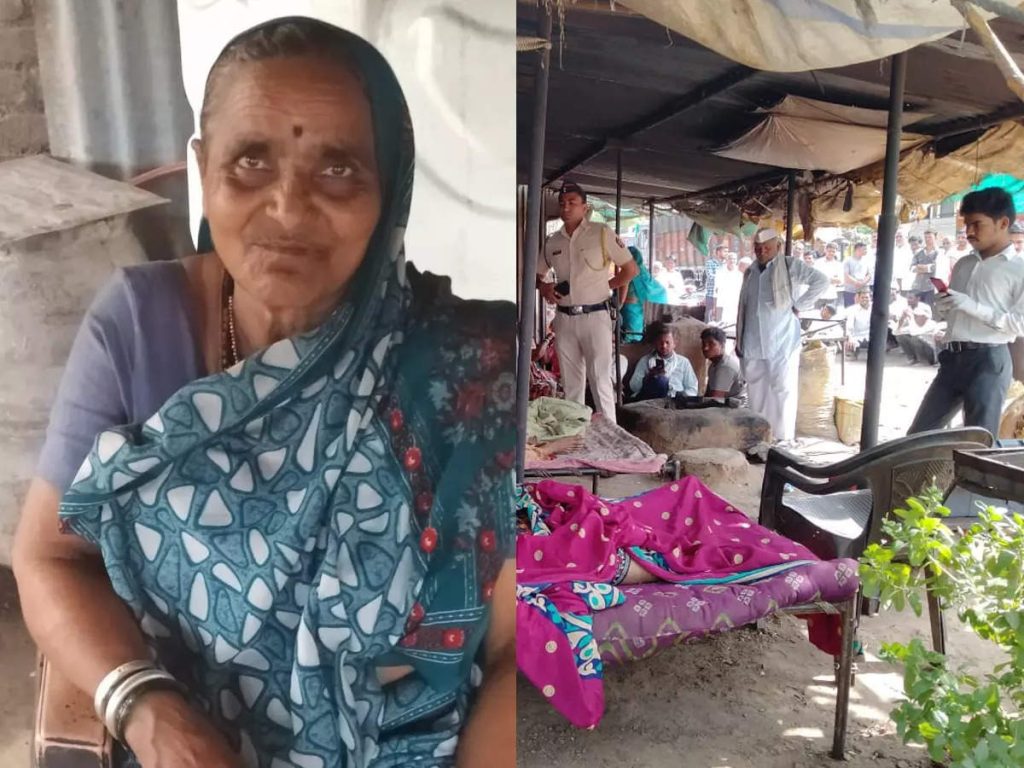 Dhule : A shocking incident took place in Tarwade village of Dhule taluka where Mileki was killed with a sharp weapon. The incident came to light around this morning. Chandrabhagabai Mali (65) and her daughter Vandana Mahale (45) were killed with a sharp weapon in the early hours of this morning in Tarwade village in Dhule taluka. The bodies of both the militants were found in a pool of blood.

The daughter Vandana Mahale was staying with her mother as the marital dispute was ongoing. And Tarwade was making a living by running a hotel business in the village itself. However, since the body of Mileki was found in a pool of blood this morning, arguments are being made in this regard. Dhule police have taken Mileki’s body into custody and sent it to the district hospital for autopsy. Dhule taluka police are conducting further investigation. A case is being registered at the Taluka Police Station in this regard.