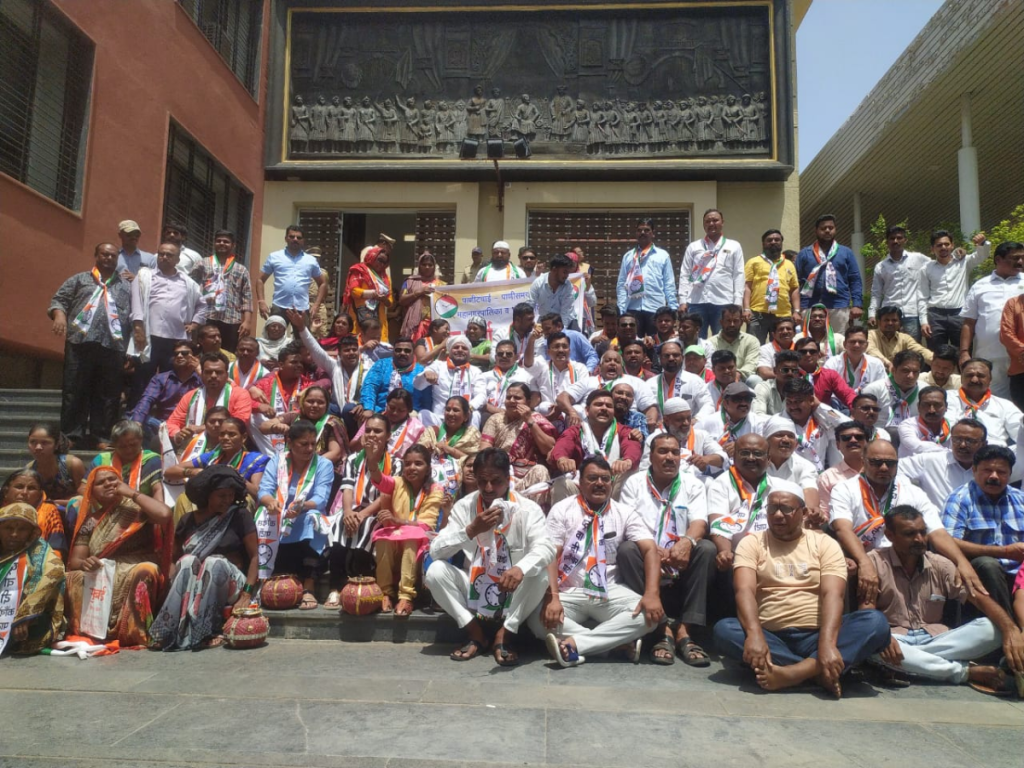 Dhule : Citizens are facing water scarcity in summer due to water supply in the city which lasts for nine to ten days. Against this backdrop, the Nationalist Congress Party (NCP) staged a protest against the Dhule Municipal Corporation. The temperature in the district, including Dhule city, has reached 42 to 44 degrees Celsius. Despite the abundant water balance in various projects supplying water to the city, water is being supplied to the city for nine to ten days. Despite repeated protests, the water supply has not been restored. Against the backdrop of this water scarcity, a pot morcha was taken out from the Jhashi Rani statue by the Nationalist Congress Party today to protest against the ruling BJP.

The function was attended by NCP office bearers and citizens. NCP district president Ranjit Bhosale alleged that out of 365 days of the year, only 55 days water is being supplied to the city. The Nationalist Congress Party (NCP) warned the officials not to sit in the halls if the city’s water supply was not restored. Meanwhile, Maharashtra Times Online had reported that water supply to Dhule city would be cut off in 10 to 12 days due to unplanned and inundation despite huge water reserves being available.