Navneet Rana to visit Somaiya in 10 minutes, attack Thackeray from outside the hospital | Mahaenews
BREAKING NEWS

Home English Navneet Rana to visit Somaiya in 10 minutes, attack Thackeray from outside the hospital

Navneet Rana to visit Somaiya in 10 minutes, attack Thackeray from outside the hospital 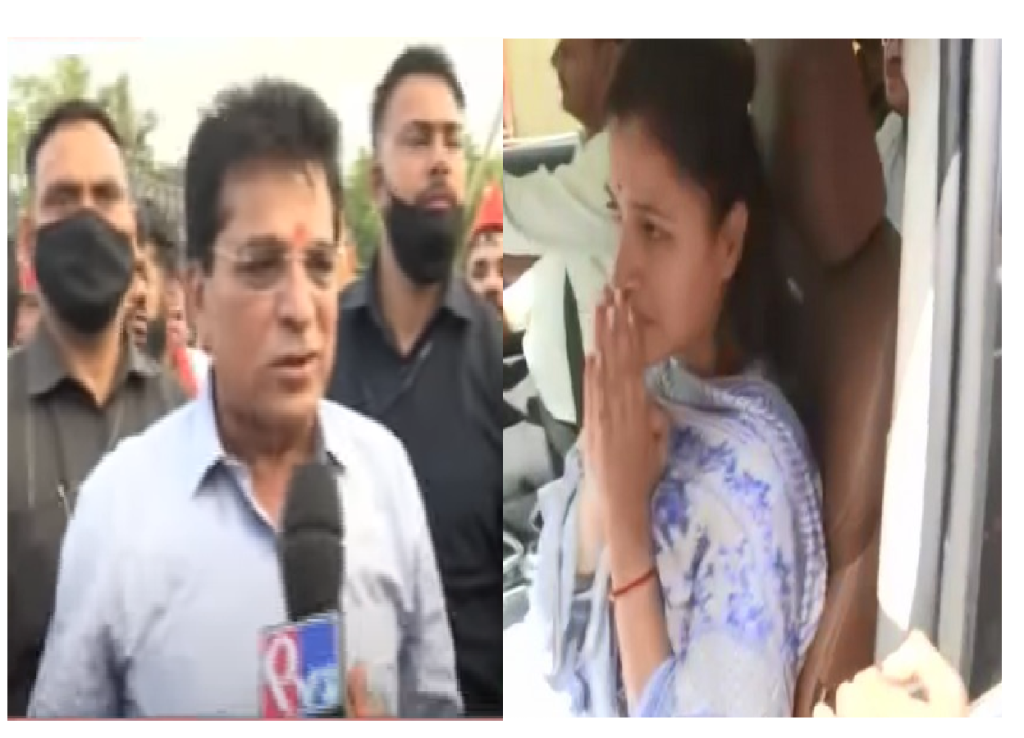 Amravati MP Navneet Rana has been released from jail after about 13 days. He has been admitted to Lilavati Hospital in Mumbai due to health problems. As soon as Rana was admitted to the hospital, Somaiya reached the hospital in 10 minutes. Going to the ward, he inquired about the condition of Navneet Rana and also interacted with the doctor. Earlier, he had castigated the Thackeray government from outside the hospital.

“I feel bad that Navneet Rana had to come directly to the hospital from jail. I have come to Lilavati Hospital to inquire about his condition. We know that it will be 4 o’clock for Ravi Rana to get out of jail. I publicly protest against Thackeray’s mafia government. We are ashamed that such days have come in Maharashtra, “said Somaiya, targeting the Thackeray government.

Navneet Rana was lodged in Byculla Jail while Ravi Rana is currently lodged in Taloja Jail. The court granted bail to the Rana couple with special conditions. Although the Rana couple has been granted bail, various restrictions have been imposed on them. They will not be able to speak to the media on the matter. Witnesses are also prohibited from contacting or pressuring them in any way.

Various conditions have been laid down by the court for the police to co-operate in the investigation and to be present at the police station for questioning within 24 hours after the notice is given by the police, said Adv. Given by Pradeep Gharat.