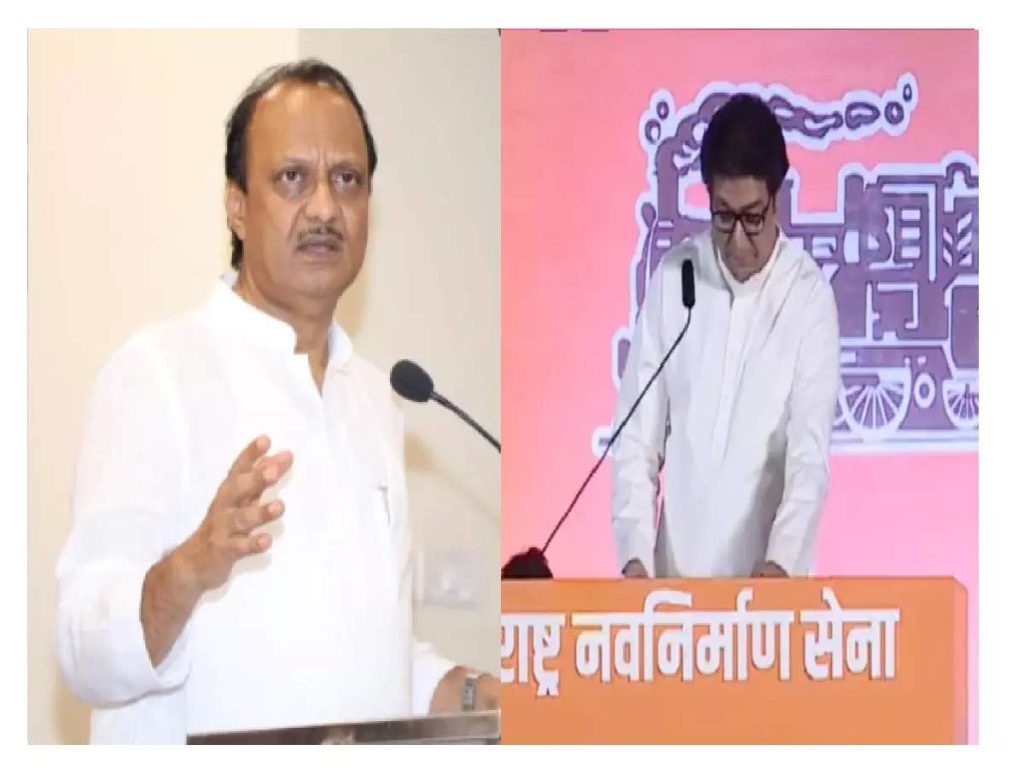 Raising the voice of Ajit Pawar, see what darling Ajit Pawar is saying, said Raj. After that, he read out Ajit Dad’s statement. One of his favorite words is Pathya काय What do you mean by that? Is it just a matter of taking a stand against the bumblebees? Have you slept before?. Ajit Pawar I remember very well what I said sometimes… I brought three videos just for your information. That is why Raj Thackeray showed the video of his speech at the meeting.

The Nationalist Congress Party is a bunch of elected candidates. Raj Thackeray remarked that Pawar’s NCP is a rallying cry for the elected people. Also, after the birth of NCP, casteism increased, I will be firm on this opinion even today and I will have the same opinion from now on, reiterated Raj Thackeray.

What exactly did Ajit Pawar say?
Sharad Pawar did caste politics, but after the birth of NCP, casteism increased in the state, said MNS president Raj Thackeray while speaking at Padva Mela. Sharad Pawar, Supriya Sule and Jayant Patil had responded to his criticism. After that, Deputy Chief Minister Ajit Pawar had replied to Raj Thackeray in Dada style. “If you look at all the politics of Wow Ran Pathaya Saheb, you will not see any racist politics. He practiced the politics of equality of all religions. But this text says, caste politics has been done, what to say now… ”, Ajit Pawar had said.