Bhumipujan of refinery to be held in Rajapur soon !; Delegation to visit Delhi: Pramod Jathar 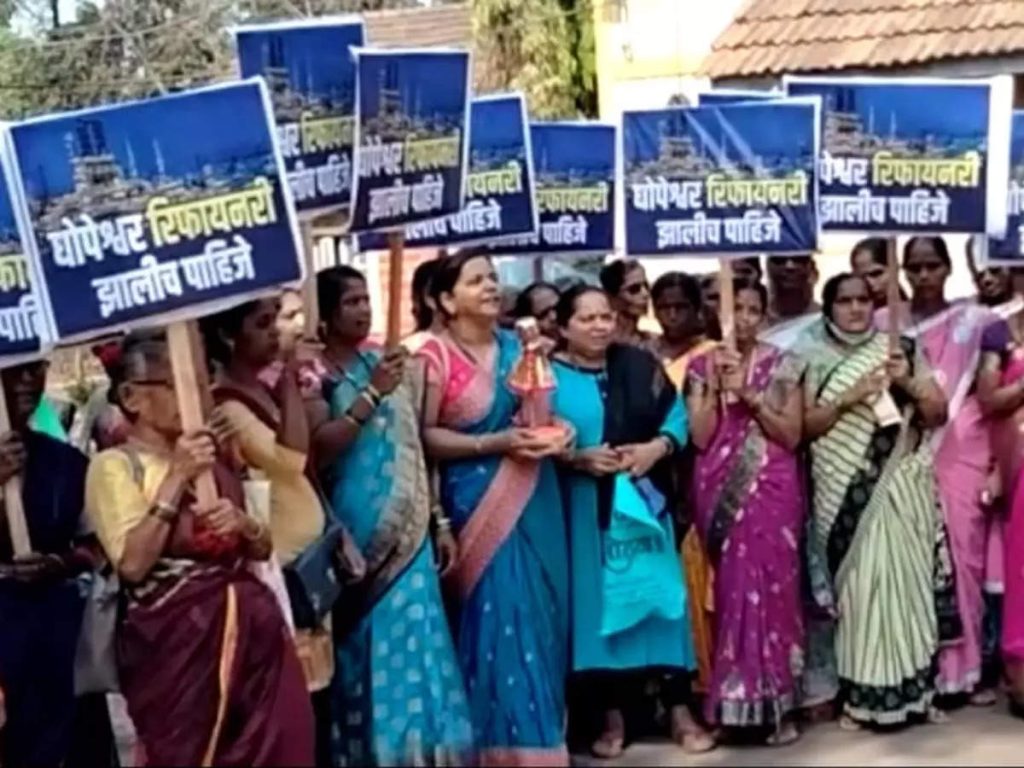 The Rajapur Refinery Project is heating up from the refinery project in Konkan. Environment Minister Aditya Thackeray paid a three-day visit to Konkan last week. The issue of refinery was hot during this tour. On the other hand, Chief Minister Uddhav Thackeray has proposed to the Central Government the land of Bassu Dhopeshwar in Rajapur taluka of Ratnagiri for the refinery. At the same time, locals are opposed to the project. Now refinery supporters and opponents have started marching. During his visit, Aditya Thackeray met refinery supporters and opponents and listened to their views. But now the ground breaking ceremony of the project will be held soon at Barsu Dhopeshwar in Rajapur, a big claim has been made by BJP spokesperson Pramod Jathar.

Bhumi Pujan of Barsu Dhopeshwar Refinery Project, which is planned to be held at Rajapur in Konkan, will be held soon, said Pramod Jathar in Rajapur. For this, a delegation will also visit the Ratnagiri oil refinery in Delhi. The problem of youth unemployment in Konkan will be solved soon. Since Ratnagiri and Sindhudurg districts will be financially viable due to the industries coming from the refinery, it is necessary to have a refinery project. For this, I welcome the positive role played by the Chief Minister of Maharashtra and the Environment Minister, he said. It was informed at this time that a delegation from Rajapur would soon visit the Central Government. Meanwhile, the notification of the proposed refinery for the Nanar project has already been canceled. Efforts are now underway to set up the refinery at Bassu Dhopeshwar in Rajapur. However, here too the locals are opposed. Last week, four days ago, a grand march was taken out against the project at the Rajapur tehsildar’s office.