Before I file my application tomorrow, I met Pawar to seek his blessings: Sanjay Raut | Mahaenews
BREAKING NEWS

Home English Before I file my application tomorrow, I met Pawar to seek his blessings: Sanjay Raut

Before I file my application tomorrow, I met Pawar to seek his blessings: Sanjay Raut 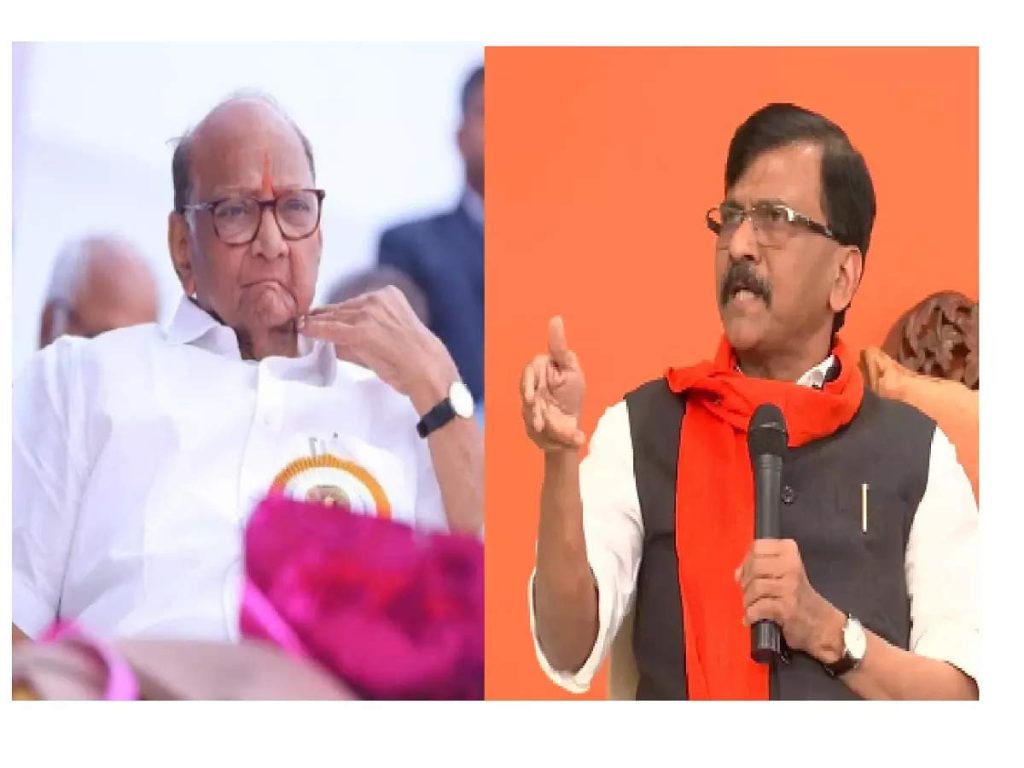 Mumbai: Shiv Sena leader and MP Sanjay Raut will file his nomination papers for Rajya Sabha tomorrow. Along with him, Sanjay Pawar, a staunch Shiv Sainik from Kolhapur, will also file an application. Earlier, Sanjay Raut called on senior leader Sharad Pawar at Silver Oak. As the application will be filed tomorrow, Raut said that he met Pawar in good faith to seek his blessings. Raut also said that Pawar had testified that both the candidates would be defeated as the Mahavikas alliance was strong behind both the Sena candidates. After meeting Sharad Pawar, Sanjay Raut interacted with the media. I am going to fill the application tomorrow. Earlier, he met Pawar to seek his blessings. Discussions were held with Pawar in connection with the Rajya Sabha. Sharad Pawar is adamant that the sixth candidate of Shiv Sena will win, said Raut.

Sanjay Raut said, “Two Shiv Sena candidates will file nominations for Rajya Sabha tomorrow. As I was filling up the application tomorrow, I went to Sharad Pawar’s residence to seek his blessings. Sharad Pawar is a great leader of the state and the country. They are the pillars of this government. There are elders. It was important for me to receive their blessing. Due to that many topics were discussed. We discussed various topics for a long time. ” Sharad Pawar is adamant that Shiv Sena’s sixth candidate will win. Everything was ready for that. But even if the BJP prepares for the Rajya Sabha elections without any opposition, we are also ready. We are all of the opinion that there should be no horse market, BJP should not encourage horse market. But if the horse is trading, it is their wish. Because in a democracy, everyone wants to run for office. But Shiv Sena, NCP and Congress are together. Our role has been to lead the Mahavikas. All parties and independents in Mahavikas Aghadi are behind Shiv Sena for the sixth seat, ”said Raut.

After Chhatrapati Sambhaji Raje was ousted by the Sena, Maratha organizations have become aggressive. They are criticizing the army for stabbing the king in the back. When asked about this, Raut said, “We have not stabbed anyone in the back. We agreed to give our allotted space to Chhatrapati. Is it called stabbing in the back? If anyone is talking about anything, just be careful, “said Raut. Raut also said that making such false allegations against Mahavikas Aghadi is an insult to Chhatrapati Shivaji’s ideology. “We ourselves are ready to give a chance to Chhatrapati as a candidate for the Shiv Sena seat which takes 42 votes to win. Chhatrapati Shivaji should have taken that opportunity. Sambhaji Raje had earlier contested from NCP. His family and he too know what the compulsions of political parties are. Therefore, no one should use language like ‘Khanjir Khupsala’, “said Sanjay Raut.