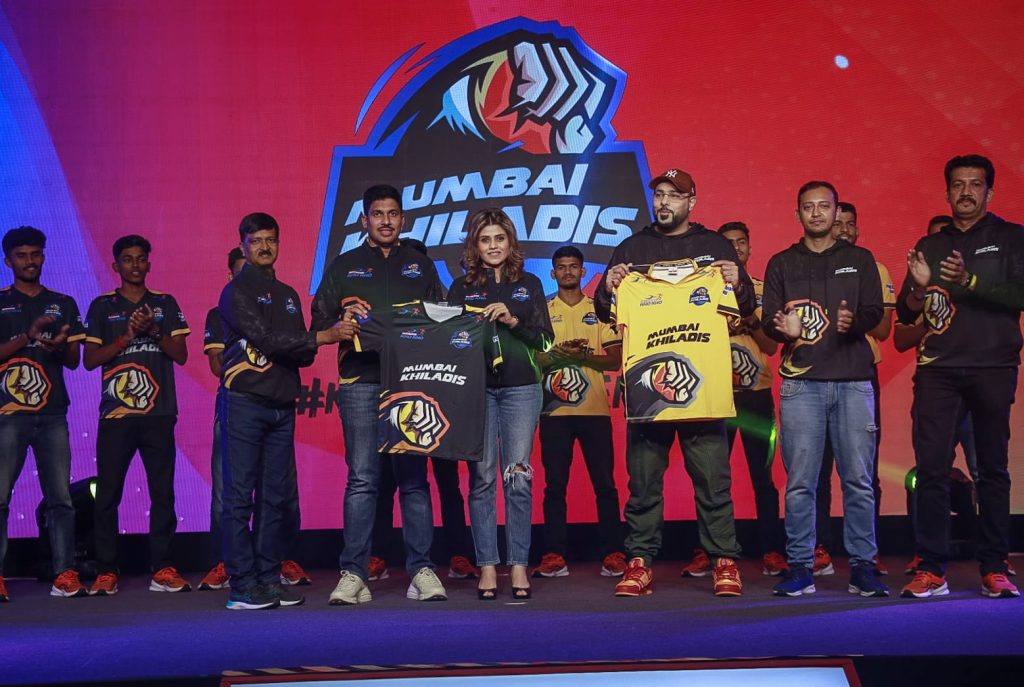 Unveiling of Mumbai Cricket Team’s jersey: Vijay Hazare to take over as captain

Pune : Ultimate Kho-Kho League will change the way people view Kho-Kho and the game. Through this league, we want to bring the game of Kho-Kho to the international level. This assertion was made by Punit Balan, co-owner of Mumbai Khiladiz Sangha and young entrepreneur.

The official jersey of the Mumbai Khiladi team in the first-ever ‘Ultimate Kho-Kho League’ was unveiled in Mumbai on Thursday. The announcement of the selection of Vijay Hazare as the captain of the team was made on this occasion. The unveiling of the jersey was attended by Mumbai Khiladi team co-owner and famous rapper Badshah, young entrepreneurs Puneet Balan and Janhvi Dhariwal-Balan, CEO Madhukar Sri and head coach Rajendra Sapte along with coach Shobi R. And all the players were present.

At this time Badshah said, I have an emotional relationship with a lot of sports. My mother was a state level athlete. So I have a special love for the game of Kho-Kho. He said that a new chapter of my life has started through the Ultimate Kho-Kho League.

Janhvi Dhariwal-Balan is the only woman owner in the Kho-Kho League. I joined the league with the aim of contributing to the promotion of sports in India. Janhvi Dhariwal-Balan expressed the belief that girls and women will turn to the sport of Kho-Kho due to my inclusion.

We will make an impression in the first season itself: Vijay Hazare

Kolhapur’s talented player Vijay Hazare has been entrusted with the leadership of Mumbai Khiladi team. Hazare thanked the team owners and coaches for appointing him as captain. We have a lot of newcomers. But all are talented. So we will make our mark in the first season, Vijay said at this time.