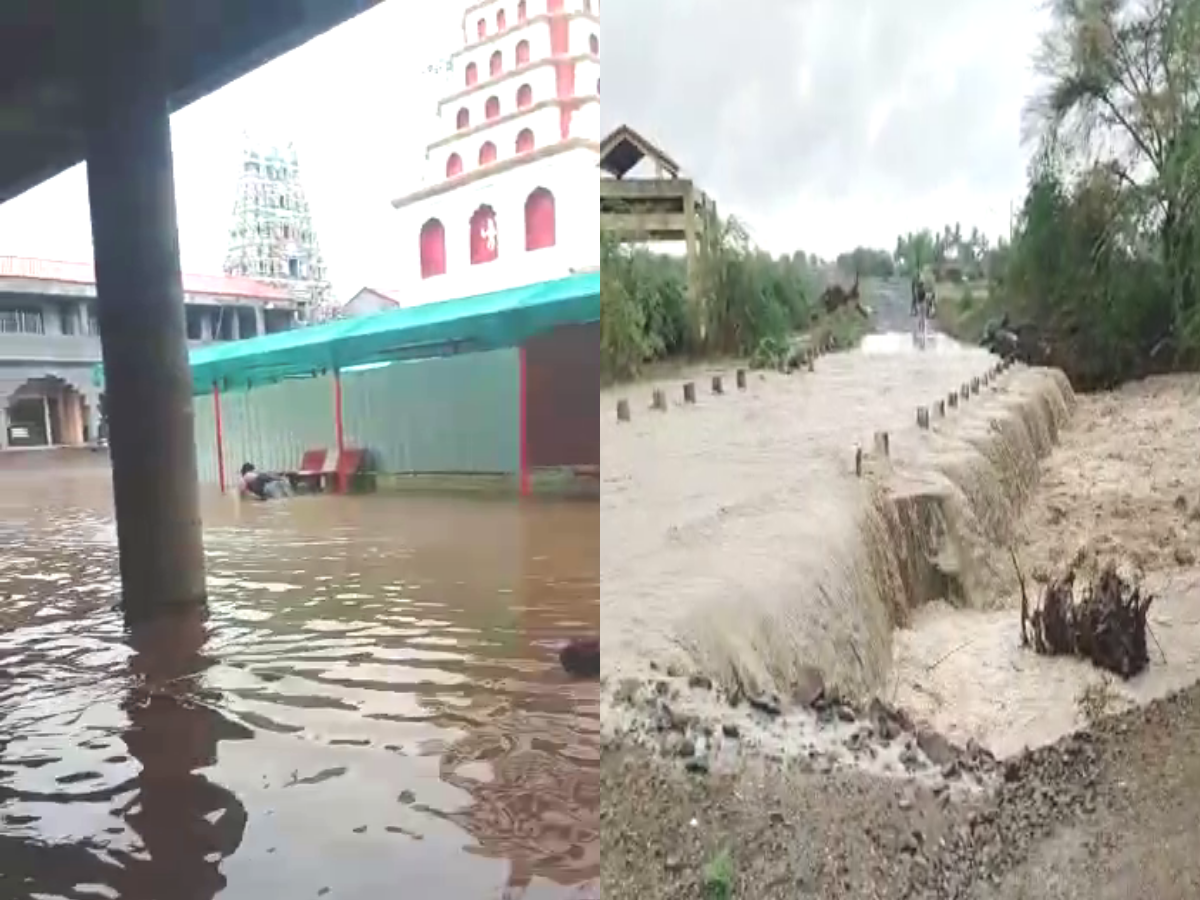 Sangli: Drought in Jat taluka including Sangli district is also battering the pre-monsoon rains. Drought-hit eastern part of Jat taluka has received heavy rains. As a result, bridges have been submerged in some places. The streams are overflowing. Also, the temple at Guddapur, a place of pilgrimage, has been flooded due to rains. A video showing the rainy season has also surfaced.

This rain is making Konkan feel. It is raining everywhere in the taluka and most of the streams and nallas are overflowing. As a result, the road from Walsang to Sordi has been closed due to water flowing from the bridge. Heavy rains have also lashed Umrani, Bilur, Muchundi, Shegaon, Walekhindi and Jat city. Although the rains have brought great relief, some crops have also been severely damaged. The Guddapur temple, a pilgrimage site in the taluka, is flooded.