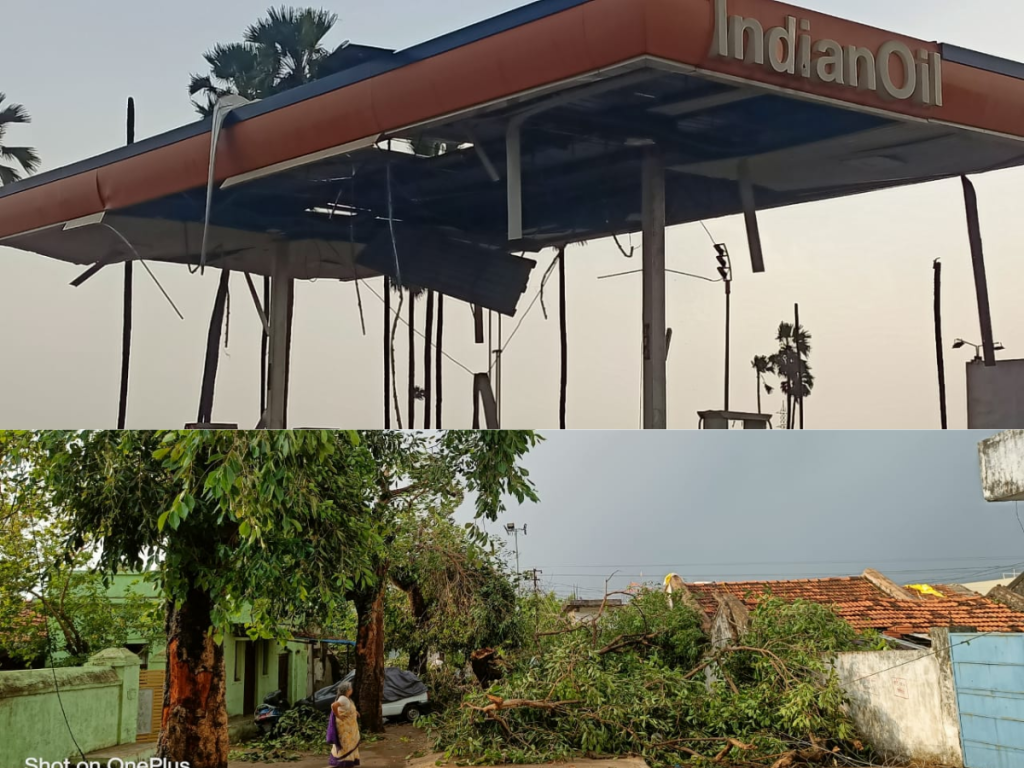 Gadchiroli : A sudden unseasonal rain and cyclone caused severe damage to houses and electrical items in Soroncha taluka of Gadchiroli district on Tuesday, May 24 at around 4 o’clock. In particular, the petrol pump at Ramanjpur on the National Highway at the taluka headquarters has been severely damaged.

Not only in Gadchiroli district but also in Sironcha taluka at the end of Maharashtra and on the border of three states. Before the people knew it, the hurricane was not going to take the form of a thunderstorm. The hurricane starts in about 20 to 30 minutes. The roofs of many houses were blown off, road sheds were blown up and a large number of trees were uprooted. Not only this, the petrol pump at Sironcha taluka headquarters has been severely damaged.

Although the cyclone and rains have stopped at present, there is talk of heavy loss of life in many villages including the taluka headquarters. Exactly how much damage was done is not yet known. However, only Sironcha taluka in the district has been hit hard by unseasonal rains.

The sudden cyclone caused severe damage to most of the villages in Sironcha taluka. Due to the collapse of large trees on the power lines in some places, the lights in the taluka are completely out.

The weather department had issued a warning yesterday.

According to the weather forecast released by the Indian Meteorological Department, Nagpur, thunderstorms and light rain, thunderstorms, etc. are expected in some parts of Gadchiroli district from May 23 to 27, 2022. However, the citizens of the district, especially the farmers, should be careful, the administration has appealed.