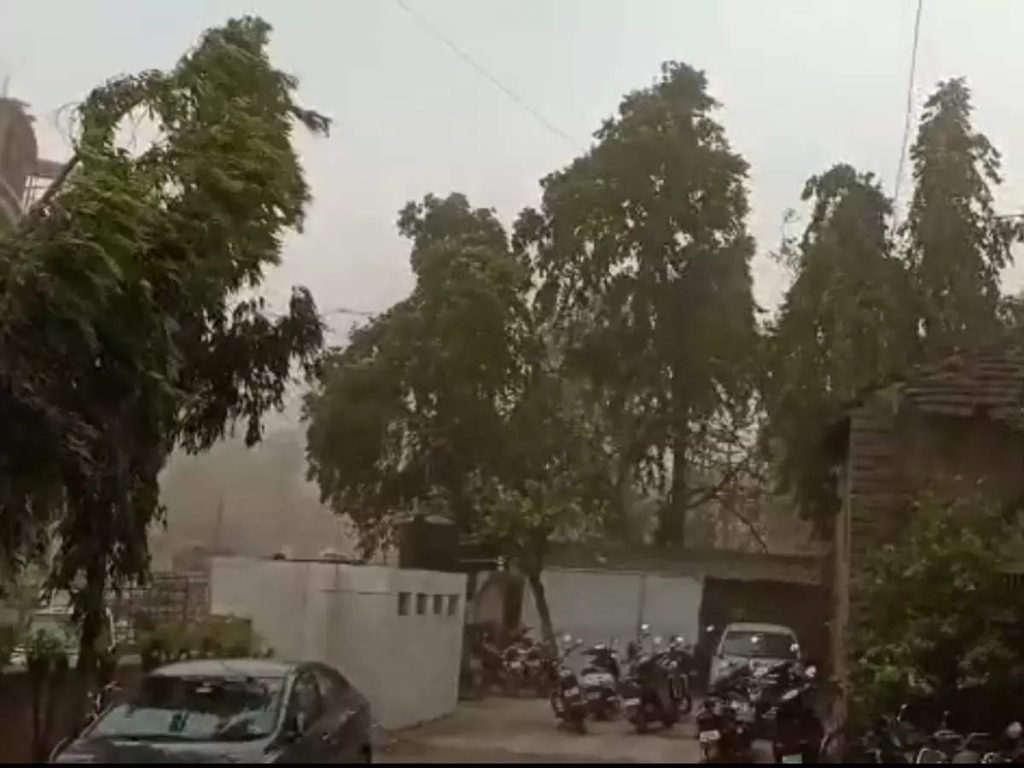 Sangli : Untimely rains and hailstorms along with strong winds have lashed the district. The city of Sangli also witnessed heavy rains along with strong winds. Hail has fallen in many places including the eastern part of Miraj taluka. Sanglikars have been relieved by Ukada due to unseasonal rains along with Sosata winds. On the other hand, the concern of grape growers has increased. Grape production, including grapes, has been hit by unseasonal rains.

The district, including Sangli city, has been hit again by unseasonal rains. Many parts of the district, including Sangli-Miraj city, received unseasonal rains on Tuesday afternoon. The city of Sangli and Miraj received heavy unseasonal rains with gusts of wind. As a result, the city’s roads were flooded. This sudden downpour caused great misery to Sanglikars. The rains have caused a lot of hail in the air and some relief has been given to the Sanglikars who have been harassed by Ukada.