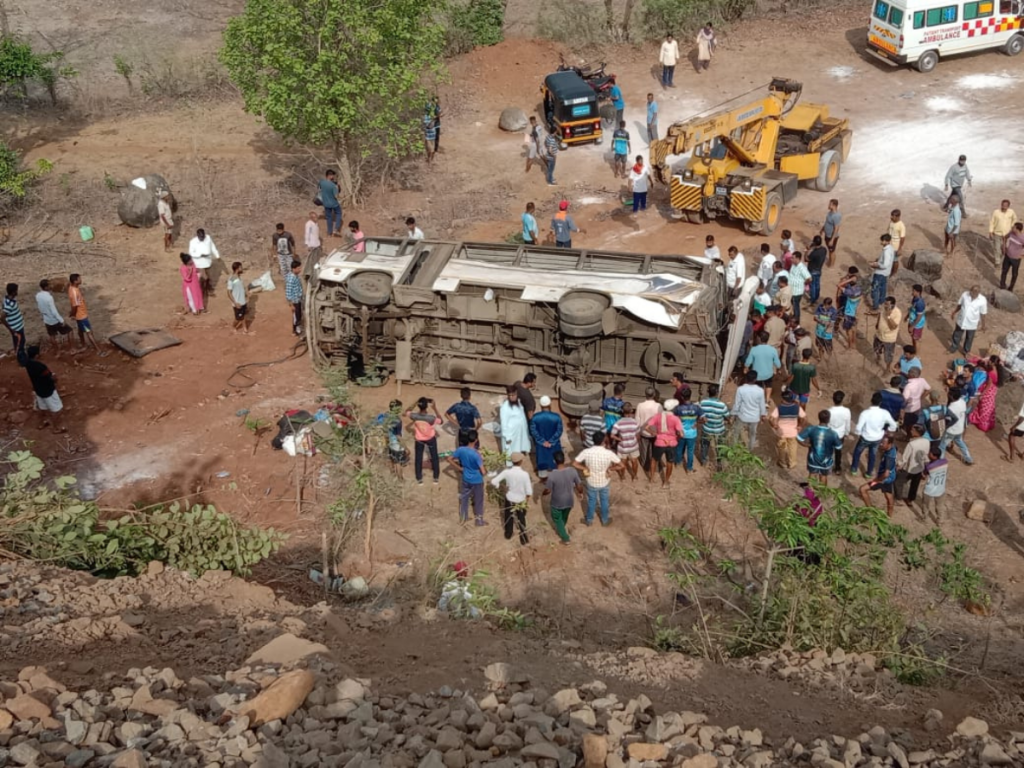 A private passenger bus met with an accident and three persons died on the spot. The tragic accident took place in Ghonse Ghat of Raigad. Twenty people were injured in the incident. A private bus traveling from Thane to Shrivardhan has met with a tragic accident at Ghonse Ghat in Mhasla taluka of Raigad district. The bus crashed into a 60 feet deep ravine on May 8, 2022 at around 8 p.m. 3 passengers have died in this accident. 20 people were injured. The injured are undergoing treatment at a rural hospital in Mhasla. Some of the critically injured were rushed to a hospital in Mangaon, said Uddhav Surve, police inspector in charge of Mhasla police station.

The administration has rushed to the spot to help the victims. All systems are immediately involved. Meanwhile, Guardian Minister Aditi Tatkare has also visited the victims immediately and instructed the health system to provide necessary treatment to the victims.

A private bus had departed from Nalasopara. She has had an accident in Ghonse Ghat. The bus met with a tragic accident at Ghonse Ghat in Raigad. The bus fell 60 feet off the bridge. So far three people have died in the accident. According to preliminary information, the accident took place when a resident of Thane in Dhangar Malai area of ​​Mhasla taluka in Shrivardhan from Thane was coming to Mhasla for an event in his village. Relief work is currently underway on the battlefield. Meanwhile, an investigation has been launched into the identity of the deceased.