There is no Sharia law in the country; If Hindus are targeted, Nitesh Rane is aggressive | Mahaenews
BREAKING NEWS

Home English There is no Sharia law in the country; If Hindus are targeted, Nitesh Rane is aggressive 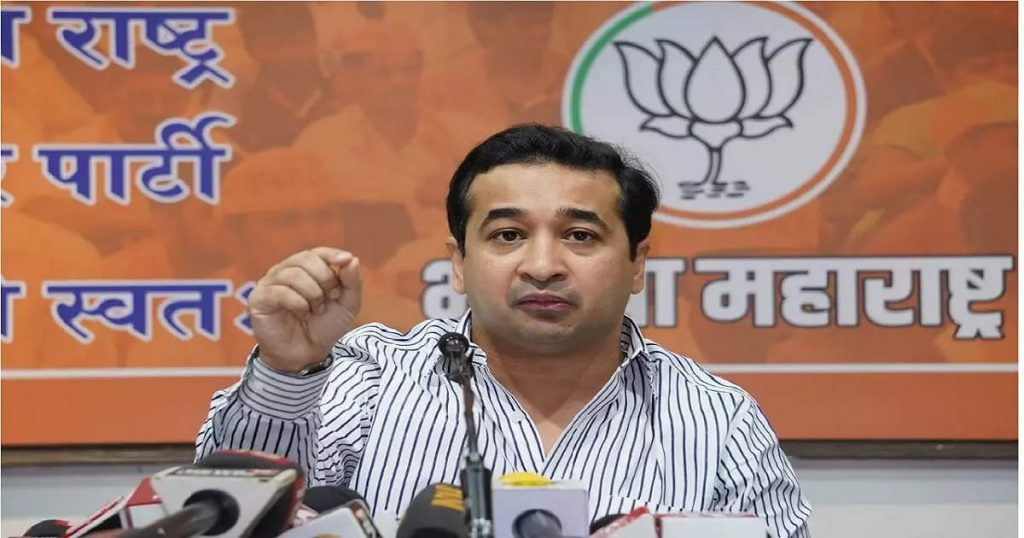 Mumbai : It was seen that BJP leader Nitesh Rane became very aggressive after Umesh Kolhe killing case in Amravati. Rane warned that Sharia law has not been implemented in the country, if they try to target Hindus, we will give a befitting reply. He presented his stand by holding a press conference in Mumbai. But Nitesh Rane sidestepped questions about Deepak Kesarkar’s allegations.

Nitesh Rane alleged that Umesh Kolhe was killed in Amravati by supporting Nupur Sharma, BJP does not support Nupur Sharma’s statement, Nitesh Rane alleged that the mob tried to repeat the fox killing case by threatening a youth in Ahmednagar’s Karjat as well. Young Jeevan, who was seriously injured in the attack, is fighting for his life. Rane promised to meet him and help him in all possible ways.

Nitesh Rane said that now there is no Maha Vikas Aghadi government in Maharashtra, Minority Development Minister Nawab Malik is no more, if Hindus are targeted, we can give the same answer.

Even if our gods and goddesses are insulted, we respond in a democratic way, but have you ever heard of a single person being killed? But if you are taking such steps, we also have to answer to protect our people, Hindus have to open their third eye, don’t try to touch our people, said Nitesh Rane.