The wife did not come to bathe, the husband's unique movement climbed the tower, the drama lasted for an hour and a half! | Mahaenews
BREAKING NEWS

Home English The wife did not come to bathe, the husband’s unique movement climbed the tower, the drama lasted for an hour and a half!

The wife did not come to bathe, the husband’s unique movement climbed the tower, the drama lasted for an hour and a half! 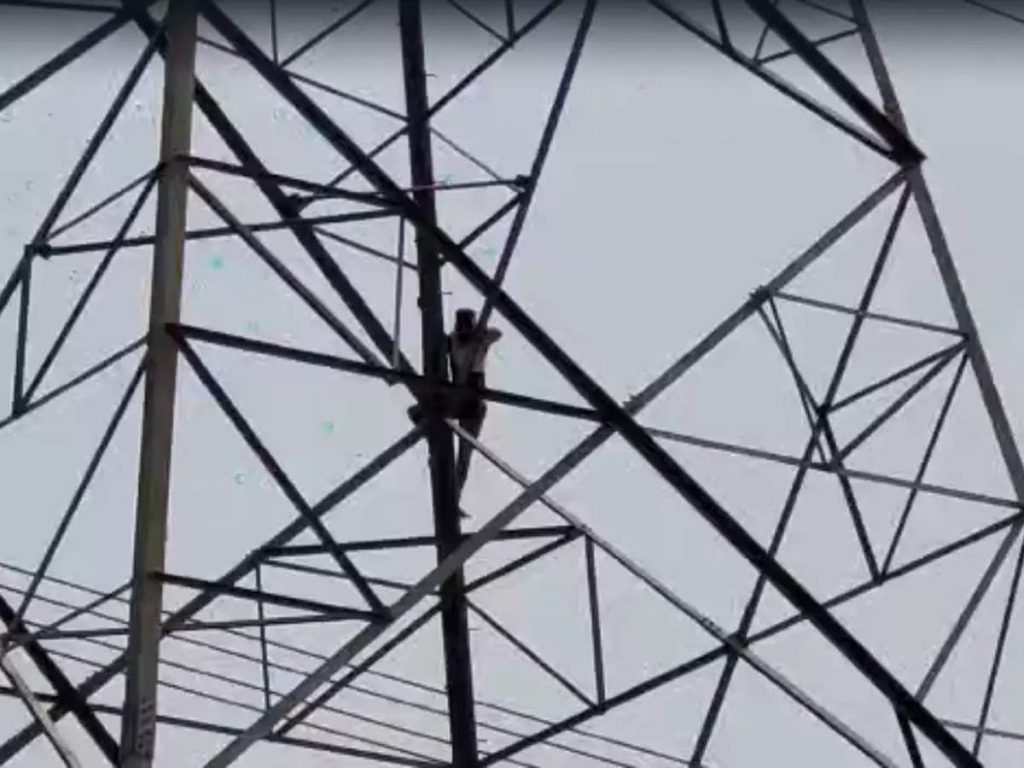 Pune: We get to see and hear many things about husband and wife. Now the incident has come to light where the husband climbed the tower and agitated for his wife. The wife’s father-in-law is not coming to bathe, so the husband made a unique movement by climbing a very high tower. The incident took place in Godre village in Junnar taluka.

Keshav Kale got married in 2021 to a young woman living in Godre. However, there were constant arguments between the husband and wife. Due to that, his wife Maheri had left. Now the husband came to his father-in-law’s house in Godre to take his wife. He begged his wife to come home. But his wife refused to come home.

Realizing that his wife was not coming, he climbed a tall tower. He took a vow not to come down until he had taken his wife home. His unique tactics were well received. As a result, the administration also saw a rush. The young man had been climbing the tower for more than an hour and a half.

Eventually the police administration brought his wife in front of him and appealed for reconciliation between the two. The concerned youth then descended from the tower. The tower was made of high voltage wire. When he got down, everyone breathed a sigh of relief. Police Patil Sumit Lohote had informed the police administration about this. Her husband Keshav Kale had earlier threatened to climb the mountain. He also said that an application has been filed in this regard. However, the unique look of the husband who went to fetch his wife sparked a heated discussion in the village.