The 'legend' father of mother's heart is gone !; Death of the world famous 'Waghadoh' tiger in Tadoba | Mahaenews
BREAKING NEWS

Home English The ‘legend’ father of mother’s heart is gone !; Death of the world famous ‘Waghadoh’ tiger in Tadoba

The ‘legend’ father of mother’s heart is gone !; Death of the world famous ‘Waghadoh’ tiger in Tadoba 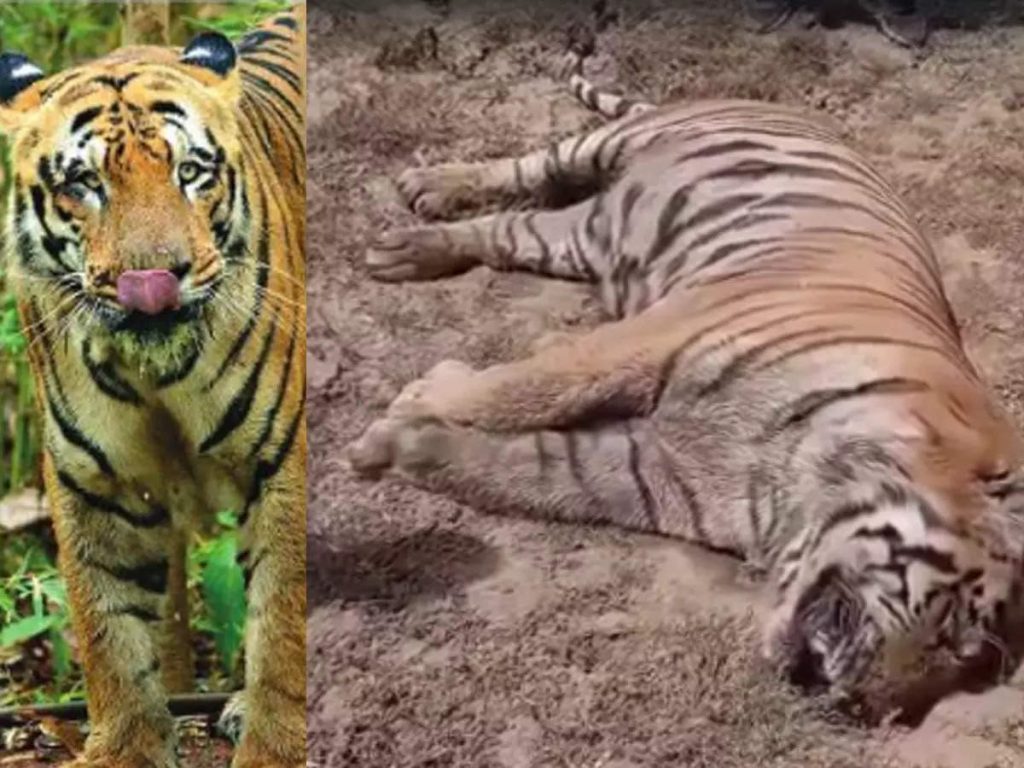 Nagpur / Chandrapur : The male tiger does not care much whether the calves live or die. This is all the responsibility of Waghini. The tiger’s organism is constantly involved in puppies. Their safety is a concern until they grow up. The tiger, however, is unconcerned about this. Waghadoh was not like that. This father was the heart of the mother. He took good care of the chicks. This was against the nature of tigers. But Waghadoh was an exception. Was family friendly. Such a light of memories was coming. There were tears in his eyes as he bid farewell to Waghadoh.

The largest in the Tadoba-Dark Tiger Reserve; In fact, Waghadoh, considered to be the largest tiger in the country, was found dead in Sinala on Monday. The primary diagnosis is that he died of old age. The last few days had been difficult for him to hunt. Tadoba’s officials were watching him. The tiger was necropsied at the Transit Treatment Center at Chandrapur. The samples were sent to the forensic laboratory for further investigation.

The tiger was spotted in the Tadoba area in 2010. He was about four and a half years old at the time. Since his arrival, he has established dominance. Famous Waghin Madhuri was his first partner. Their calves also dominated the Tadoba forest. When the mother of the chicks went hunting, Waghadoh used to take care of the chicks. His chicks survived because of him. The tiger had a lion’s share in the development of Tadoba, making it famous.

Waghadoh is a famous water body in the Tadoba forest. This tiger was first seen on this water body. From then on, it became known as ‘Waghadoh’. Among wildlife enthusiasts and scholars, he was known as ‘Scarface’. He had scars on his face when he arrived. The lips were chapped. One eye was half open. It was the feeling that a wounded but victorious hero came from the war. The first few months were very timid. When the gypsies came, they used to run away in the forest, but then they stopped. He was not aggressive. Famous wildlife researcher Atul Dhamankar, while talking to ‘Mata’, said that he has never seen a family tiger like him.