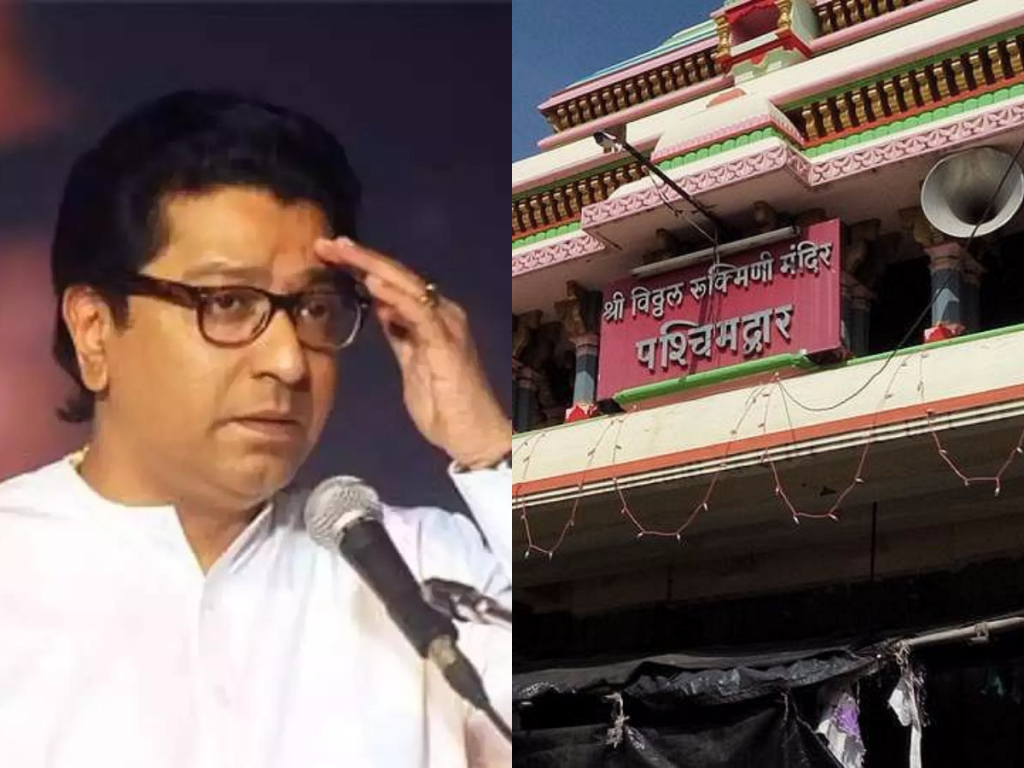 After the aggressive stance taken by Raj Thackeray against the horns on the mosques, now the horns will be lowered not only on the mosques but also on the famous temples in the state. The Vitthal-Rukmini temple in Pandharpur will also be affected.

Raj Thackeray’s trumpet ban movement will hit the Vitthal temple. The morning Kakad Aarti and in the evening the afternoon namasmaran and the horns used for Aarti will have to be switched off. However, as no decision has been taken on this, this morning’s Kakadarti has taken place.

Raj Thackeray has started an agitation against the noise in mosques. He warned in a press conference on Wednesday that Hanuman Chalisa would be chanted twice in front of the mosque until the trumpets were sounded on all the mosques. Also, the issue of bells is not just about mosques. If there are horns on some temples, they should also come down. Raj Thackeray had said that the things that bother the people should be stopped. Therefore, along with the mosques, the horns on the temples will also be closed.

The Mumbai Police Commissioner convened a meeting of the trustees of temples, churches, gurudwaras and places of worship of all religions in Mumbai. All of them were asked to apply for Ritsar loudspeaker permission. Action has also been warned in case of noise exceeding 55 decibels. The Commissioner of Police said that action will be taken even if there is noise even without loudspeaker.

Also, it will only allow for a period of one month, he explained. The trustees sought permission for a year. However, the commissioner said that according to the law, permission cannot be given for such a period. The Commissioner of Police appealed to temples and places of worship of other religions to apply for permission.