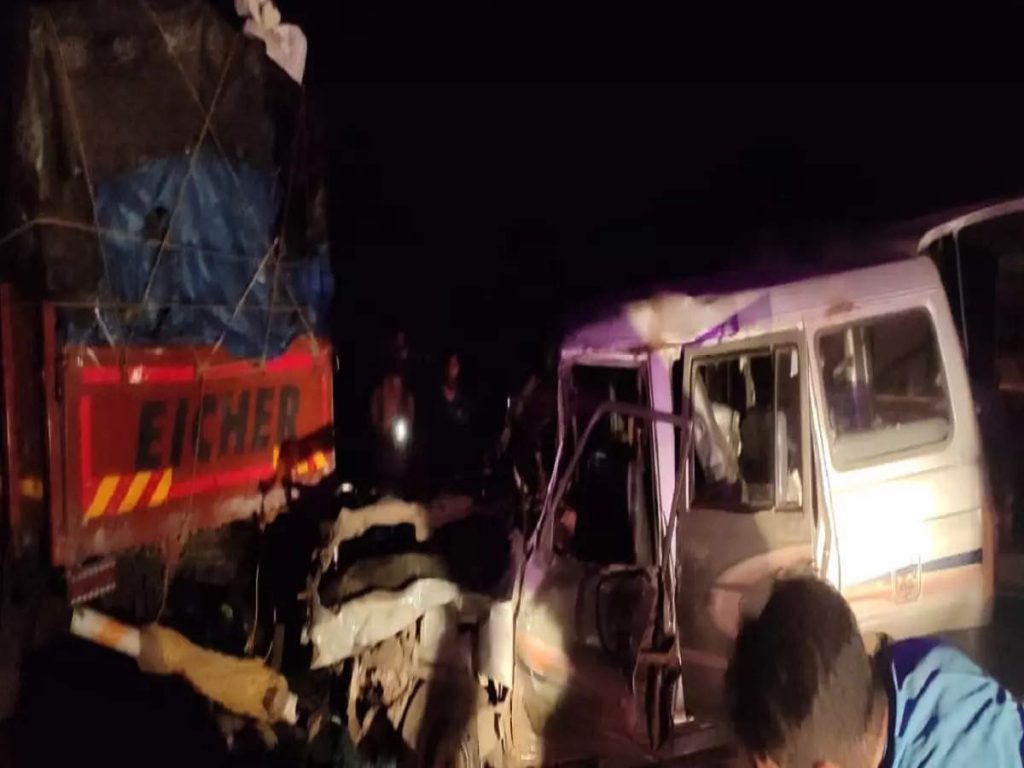 Ratnagiri: A tragic accident has taken place at Khed on Mumbai-Goa highway at around 3 in the morning. It is learned that the accident took place when the driver lost control of the car heading towards Mumbai. The driver Kishor Anant Chavan (48, resident of Dhamapur, Sangameshwar) died in the accident while seven other passengers were seriously injured. (Ratnagiri Accident News)

According to information received, the accident took place near Khawati railway bridge in Kashedi area, which is the highway police station. The driver lost control of the car traveling from Ratnagiri to Mumbai and the vehicle hit an Eicher truck parked on the side of the road. The driver Kishor Chavan was critically injured in the accident and was rushed to the Sub-District Hospital, Kalambani. However, doctors declared him dead before that.