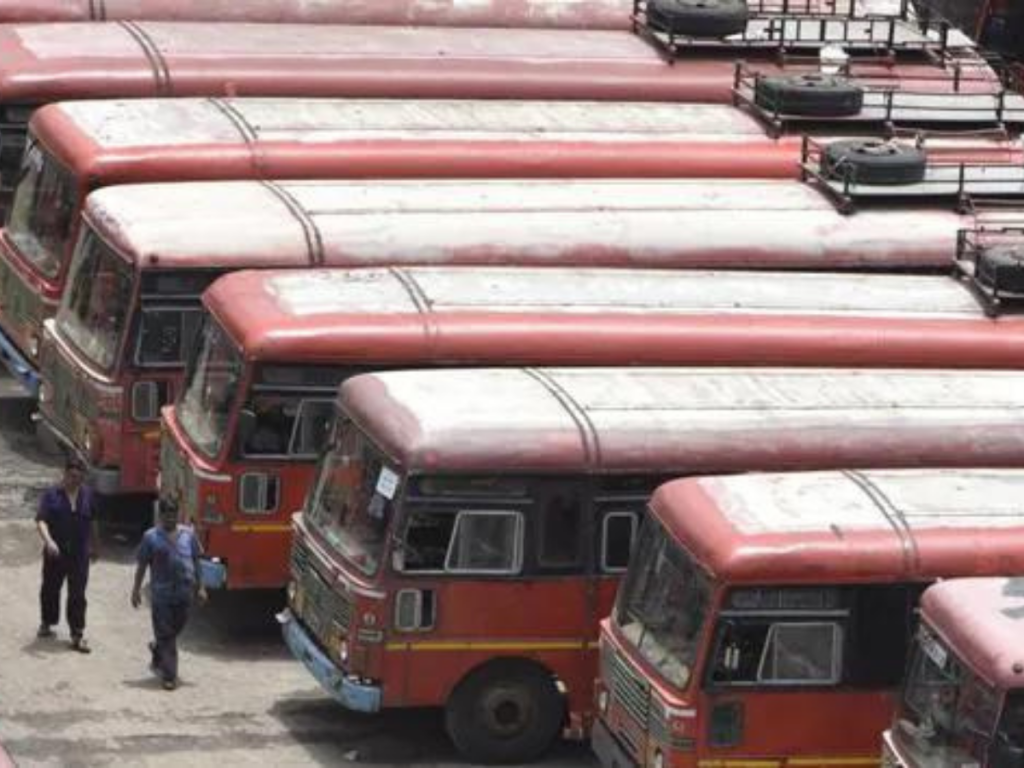 Hingoli: A driver of the ST depot in Wasmat committed suicide by hanging himself at his residence around 7 pm on Monday. His name is Ashok Dagdu Kalambe (45) and he had gone to Bad during the agitation in January.

According to the information received, Ashok Kalambe had been working as a driver in the ST depot at Wasmat for the last few years. He lives with his family near Vardhman Mangal office in Wasmat. He came home at around 7 pm talking on the phone from outside. In a fit of rage, he slammed his mobile phone to the ground. However, seeing his anger, his family did not even ask him.
Meanwhile, Ashok went to the bedroom in a rage and strangled himself with the help of a cloth. In it, they tied one side of the curtain to the window sill. As soon as he was strangled, his weight caused a knot to tie around his neck. On the other hand, the knot tied to the window sill came off and it fell down, but by then he was dead.

A team of Wasmat Police Station Inspector Chandrakant Kadam, Assistant Police Inspector Borade, Jamadar Balaji Mirase, Sheikh Nayyar and Sheikh Hakeem rushed to the spot and rushed Ashok’s body to Wasmat Sub-District Hospital for autopsy. The exact cause of driver Ashok’s suicide could not be ascertained. The case was not registered at Wasmat police station till late last night.

Meanwhile, Ashok Kalambe took part in the ST workers’ agitation. As per the instructions of the senior office of ST Corporation, he was transferred to Ta. It was also carried out on 13th January. He was then given an opportunity to appeal and come to work. However, sources said that he did not come to work.