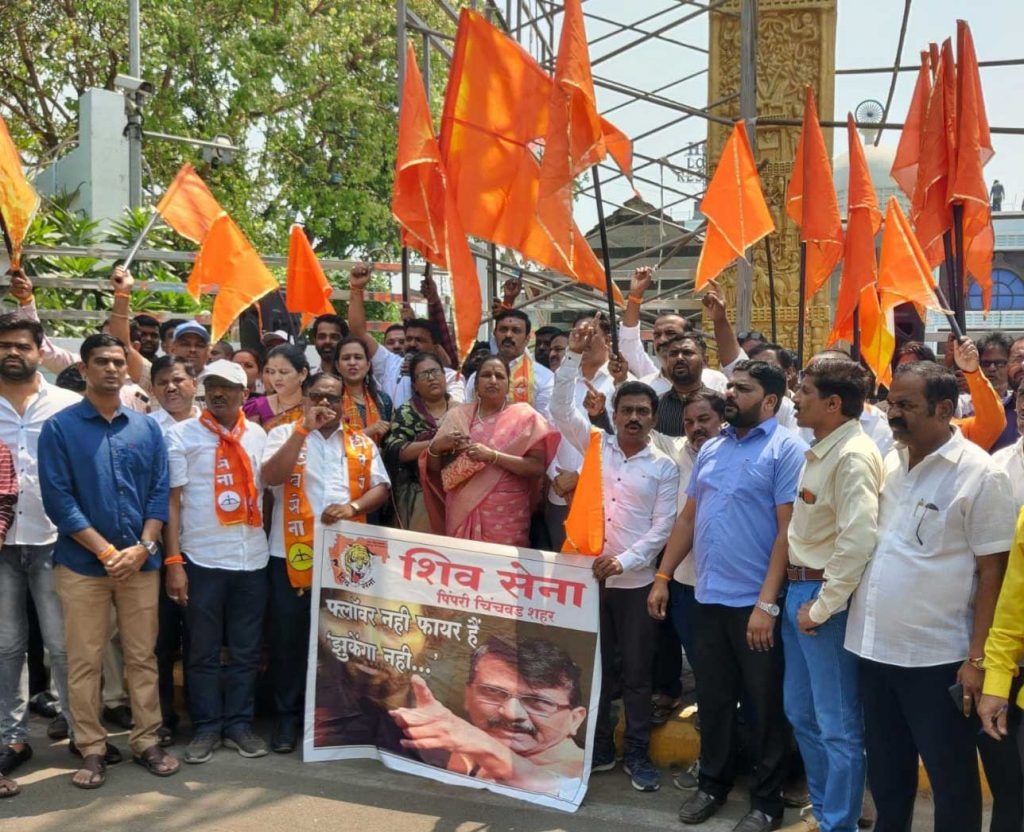 Adv. Sachin Bhosale said that the BJP government at the Center has taken prudent action against Shiv Sena leader and MP Sanjay Raut. The people of the country are aware of this conspiracy hatched by the BJP to discredit the Mahavikas Aghadi government in the state. Shiv Sena in Maharashtra is the fighting force of Hindu heart emperor Balasaheb Thackeray. The people of Shiv Sena and Maharashtra will not bow before the central government which is moving towards dictatorship by strangling democracy. We will answer in due course. All Shiv Sena and the people of the state stand firmly behind Shiv Sena leader Sanjay Raut. He also demanded that strict action should be taken against the fraud committed by Kirit Somaiya. Performed by Sachin Bhosale. At this time Shiv Sainiks declared Kirit Somaiya Murdabad, there is noise in the streets, Kirit Somaiya is a thief.