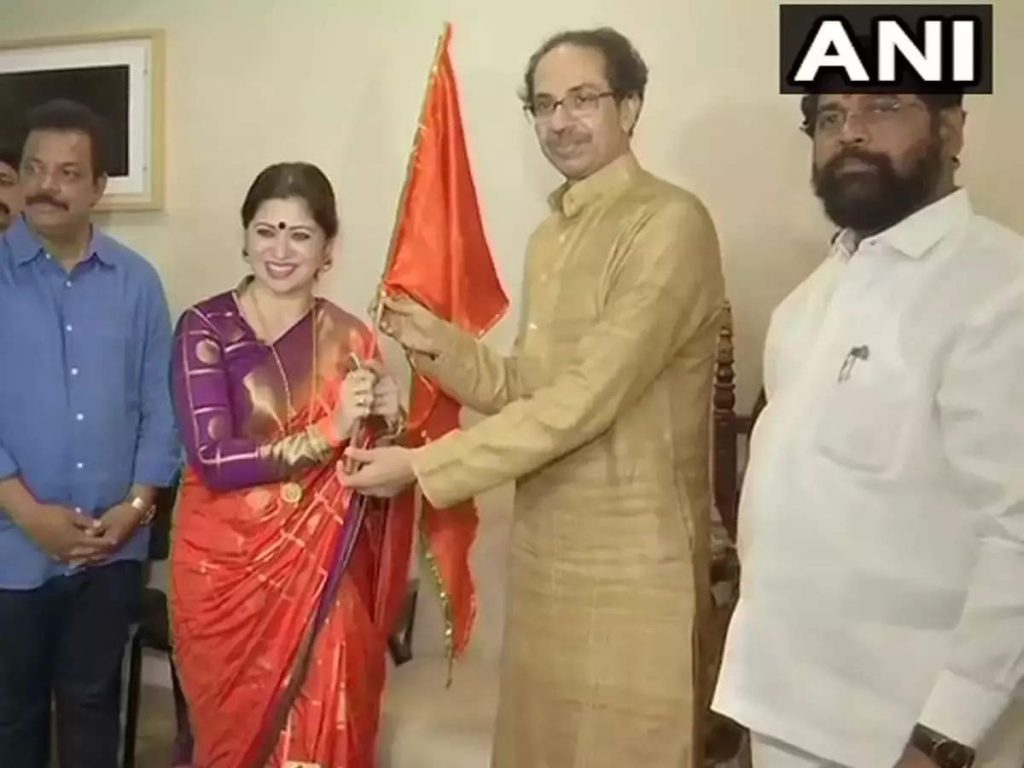 Mumbai: After the Legislative Council elections, Eknath Shinde has raised the banner of rebellion. After the Shiv Sena’s vote split, they reached Surat directly, causing a political earthquake. So there is a lot of discussion about who is with him and who is with Thackeray. But, there is still confusion among some Shiv Sainiks in the state. Shiv Sena leader and actress Deepali Sayed’s tweet is currently under discussion. After the mutiny by Eknath Shinde, Shiv Sena chief and Chief Minister Uddhav Thackeray on Wednesday made an emotional appeal to Shiv Sainiks. The result of the Chief Minister’s speech was the crowd of Shiv Sainiks gathered as Thackeray was leaving Varsha Bungalow. However, some MLAs and leaders joined Shinde’s group this morning. Deepali Syed has tweeted about all these developments.

Deepali Syed is always commenting on political developments. Even now, a storm has been created in the politics of Maharashtra. Hon’ble Eknath Shinde Saheb brought me to Shiv Sena. Hon’ble Uddhav Saheb Thackeray taught me to work in Shiv Sena. Gurucharani on both sides, which flag should Vitthala carry? We will accept whatever happens in the future at the feet of Shiv Sena, ‘said Deepali Syed. Hon’ble Uddhav Saheb and Eknath Shinde Saheb’s pair of Shriram Laxmana will remain in the exile of Hindutva. Shiv Sainiks don’t want to cry, they want to fight. Your vote will remain with Shiv Sena. This struggle of Ram Rajya will be written in golden letters in the history of Maharashtra, ‘he has said.