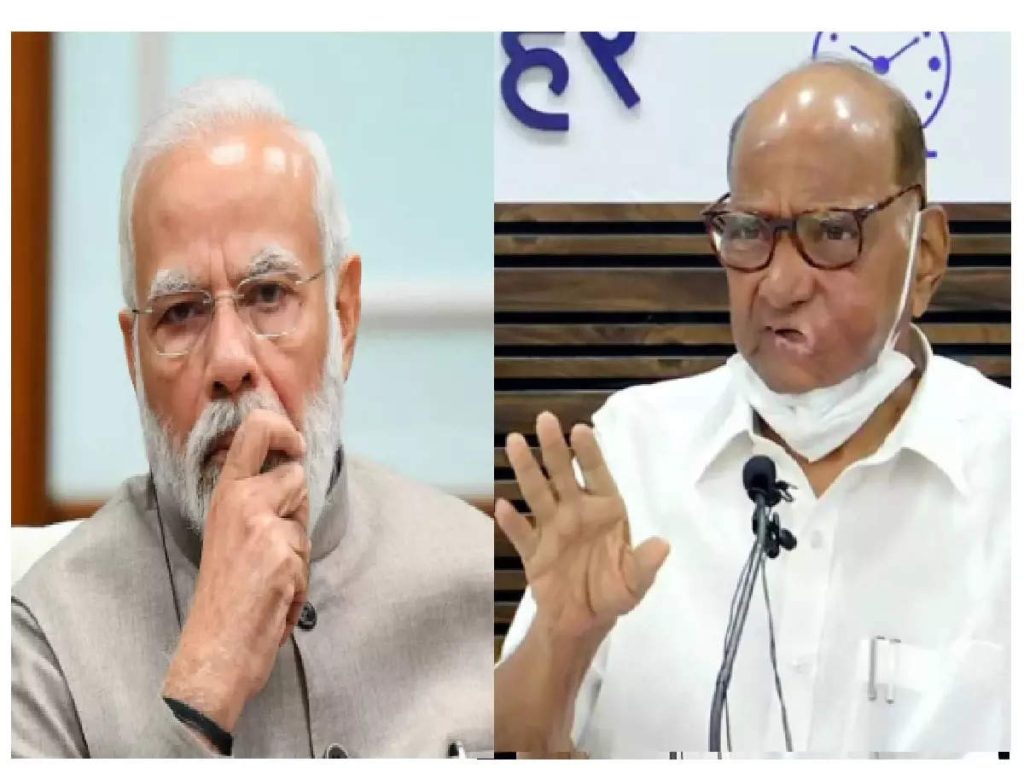 Kerala : Gyanvapi mosque-temple controversy has been raging across the country for the last three weeks. This case has shaken the whole country. NCP president Sharad Pawar has strongly criticized the Modi government over this controversy. The Gyanvapi Mosque is as old as the temple of Varanasi. No one has raised the issue of mosque in the last three or four hundred years. But the BJP’s policy is that the brotherhood between Hindus, Muslims and Christians should end forever. BJP is trying to divert attention from inflation and unemployment, said Sharad Pawar.

Sharad Pawar was the chief guest at the NCP program in Kerala. In the same program, he strongly criticized BJP. We thought that peace would prevail in the country after the Ayodhya case was settled. But the thinking and ideology of BJP is different. He made a serious allegation that such religious issues were being aired in an attempt to destabilize the country.

On the issue of enlightenment, Sharad Pawar said, “There is a temple in Varanasi. No one opposes the temple. But there is also a mosque near the temple. Today, a conspiracy is being hatched to create a communal atmosphere in the country by raising a new issue from the mosque. The Gyanvapi Mosque is as old as the temple of Varanasi. In the last three or four hundred years, no one has raised the issue of a mosque. ” “After the Ayodhya case, the issue of Varanasi came to the fore. It is a matter of great regret that the Bharatiya Janata Party and all its organizations have been involved in this work. There are many places in this country that people from all over the world are proud of. Architecture like Taj Mahal is the identity of our country. Today someone from Rajasthan comes forward and says that Taj Mahal is ours. Our ancestors made it. “

“The world knows who built the Qutub Minar in Delhi. The court there will give directions in this regard. But some people are claiming that Qutub Minar was built by Hindus. I say all this because the real problem of the country today is inflation, unemployment. But by ignoring it, racist and communal thoughts are being promoted, ”said Pawar. Modi government and BJP are running the country today. His agenda is to bring up a new issue after one issue is over. Pawar also criticized the BJP for pursuing a policy of brotherhood between Hindus, Muslims and Christians. Today, it has become difficult for women in the country to run a household. Inflation has risen. But the central government is not taking any steps to reduce inflation. No steps are being taken to eliminate unemployment. There is only one way to answer them. Pawar also opined that all political parties fighting against racist ideology should take steps together.