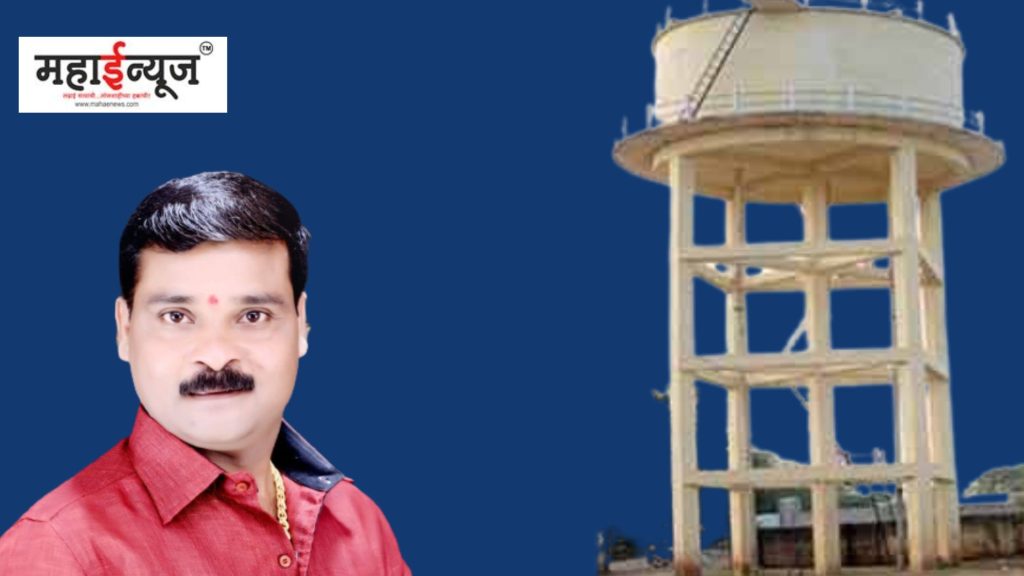 Pimpri: The issue of construction of water tank, which is very important for more than 50,000 families in Indrayani Nagar, Dhavadevasti, Bhagatvasti and Gulvevasti areas, has finally been resolved. The Mumbai High Court has given clear orders that the water tank should be constructed after verifying the technical aspects. Therefore, the fight waged by former BJP corporator Rajendra Landage has been successful in the political struggle over water tank which has been going on for the last two years.

On the initiative of Pimpri-Chinchwad Municipal Administration, a proposal to construct a water tank (Jalkumbh) on the vacant land at Peth No. 1, Plot No. 4, 1933.03 within the limits of Navnagar Development Authority was approved in C-Ward Committee on 5th November 2018 (Resolution No. 38). The municipal administration had also given its work order. However, due to political pressure and credentials, the work of the respective tank was put on hold. The dispute had reached the court.

In this regard, former corporator Rajendra Landage said that the order to stop the work of the water tank was issued by the Deputy Chief Minister Ajit Pawar in a meeting held in Pune. In fact, on the backdrop of the forthcoming municipal elections, the local office bearers of the NCP have decided to postpone the development work started during the BJP rule. For this, Deputy Chief Minister Ajit Pawar is being misled. As a result, development work is being hampered by a court case.

Citizens will not give shelter to NCP: Wolves

According to the court order, the administration should take action to construct the water tank within two years. Tender process and other matters have been completed. Some work has been done. Work on the same site is expected to start soon. Bhagatvasti- It is essential for the citizens of Gulvevasti, Dhavadevasti and Indrayanagar to build a water tank. However, NCP’s city president Ajit Gawhane and Sanjay Udawant misled the state’s Deputy Chief Minister Ajit Pawar. So the water tank got clogged. In fact, the water tank, which was started at the same time in Dighi and Chikhali, has been completed and dedicated. The work of the water tank has been stalled for two years due to the stubbornness of the NCP. Now these aspiring candidates will ask for votes in the upcoming elections. However, former corporator Rajendra Landage has said that the citizens of the area will not give him shelter.