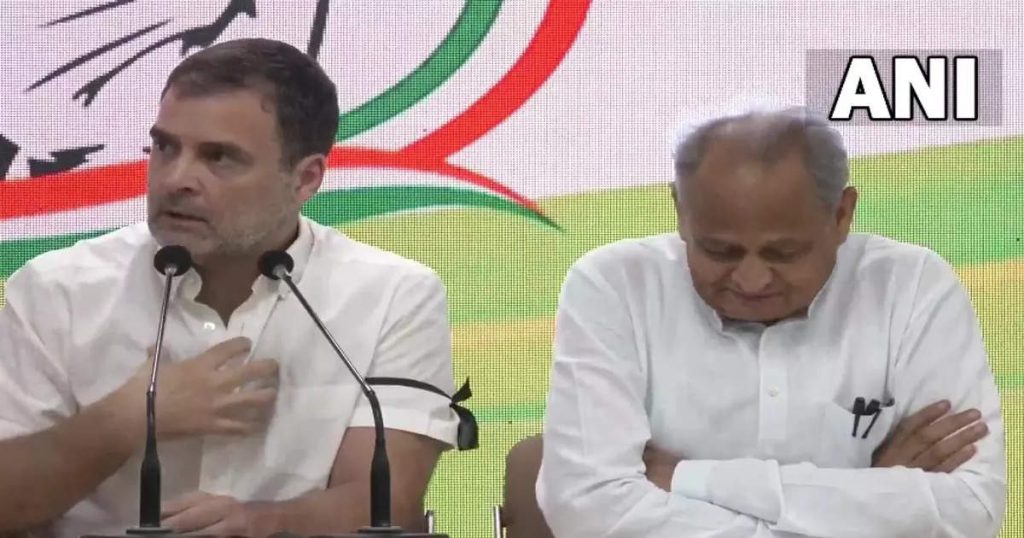 New Delhi: The more I speak the truth, the more I raise my voice about people’s problems, the more attacks I get. I will be dealt with more vigorously. But I am not afraid of anyone. I will continue to speak the truth. Congress MP Rahul Gandhi asserted that he will continue to raise his voice on the issue of inflation and unemployment. He was speaking at a press conference held in New Delhi on Friday. At this time, Rahul Gandhi launched a strong attack on the central government. (Congress MP Rahul Gandhi slams RSS)

At present, all the systems of the country are seen supporting the government. The reason is that BJP has installed its people in these institutions. From the Election Commission to the Judiciary, no single system has remained autonomous at present. Every organization has Rashtriya Swayamsevak Sangh people. So, Congress is not fighting only one political party, but the entire system, said Rahul Gandhi. During our government, the infrastructurers of all these institutions were neutral. We did not interfere with it. The battle at that time was between two to three political parties. But at present the entire institutional machinery of the government is with one party. Anyone who tries to support another political party is followed by ED and CBI. They are threatened, intimidated. Therefore, the country currently has an economic and institutional monopoly of the Rashtriya Swayamsevak Sangh, said Rahul Gandhi.

Against all this, the opposition is standing aggressively and effectively. However, the result is not as visible as it should be, said Rahul Gandhi. Inflation and unemployment are increasing in the country. But the central government is not ready to accept this matter. The more I talk about all these things, the more intense the attacks on me become. He who constantly threatens, is afraid. Rahul Gandhi said that the central government is afraid that its lies should not be exposed in front of the people.

Any person, film star speaks out against BJP, government machinery collapses on him: Rahul Gandhi

After I criticize the central government, I am attacked. But I feel good, because I learn something from these attacks. So the more BJP attacks me, the more I will benefit. In India, if any person, whether he belongs to a political party or not, a film star, anyone, speaks anything against the government, all the government systems break down on him. This is not just a Congress party issue. There is no democracy left in the country today. Democracy is only a memory. Rahul Gandhi warned that the destructive results of all this will be seen.