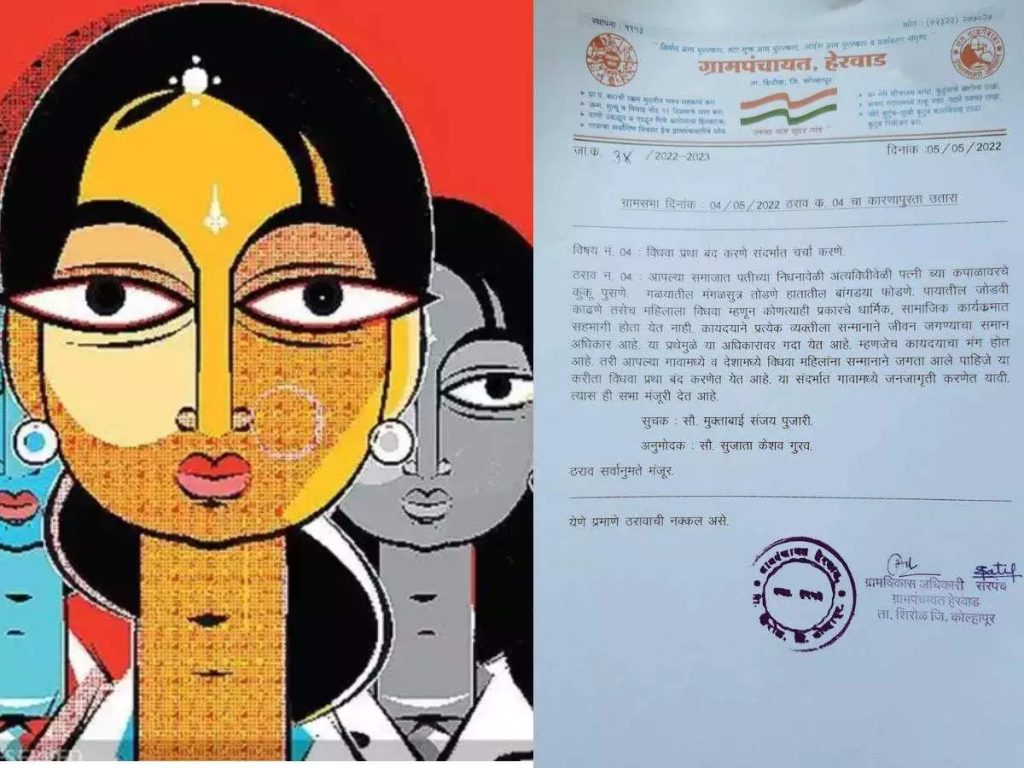 Kolhapur |
Maharashtra is known all over the country as a progressive state. Maharashtra has given direction to the country. Many things like employment guarantee scheme, right to information started in our state and those schemes were accepted by the country. Herwad village in Kolhapur district has decided to show direction to the country including Maharashtra. Herwad Gram Panchayat has decided to stop the practice of widowhood. The decision taken by Herwad Gram Panchayat in Kolhapur district, which expresses the creative legacy of Rajarshi Shahu Maharaj’s ideas, is being appreciated. Herwad’s ideal can be taken all over Maharashtra in the future.

In our society, at the time of the death of the husband, at the time of the funeral, the kumkum on the forehead of the wife is wiped, the mangalsutra on the neck is broken, the bracelets on the hands are broken. This is a situation where a woman cannot participate in any kind of religious or social event as a widow. By law, everyone has the right to life, liberty and security of person. Due to this practice, this right is being attacked. That is, the law is being violated.

However, in our village and country, widows should be able to live with dignity, for which the practice of widowhood is coming to an end. In this context, public awareness should be created in the village. A resolution was passed that this meeting is approving it. Muktabai Sanjay Pujari presented the resolution in a meeting chaired by Hergoad Gram Panchayat’s Sarpanch Panch Surgonda Patil. So, Sujata Keshav Gurav has given approval.

Baba Adhav, a senior leader of the hard working people, has also played a role in this regard many times. Many organizations were working with this role. Herwad Gram Panchayat has actually implemented this concept.