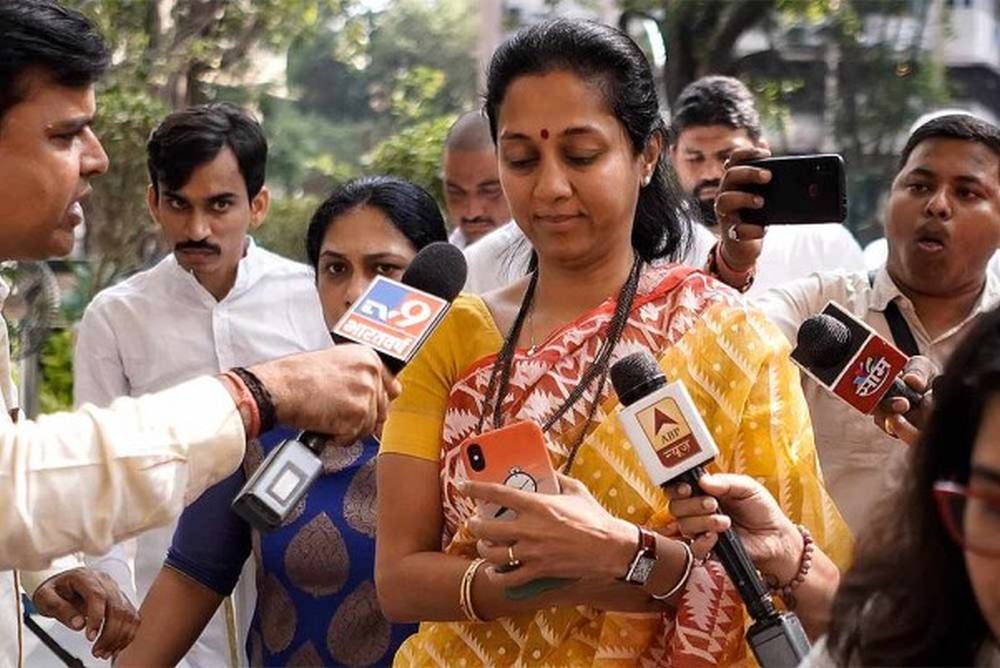 Pune: In Pune, Union Minister Smriti Irani’s program was very popular. In Smriti Irani’s program, NCP agitated on the issue of inflation. Smriti Irani’s convoy was attacked by women NCP workers. BJP workers and NCP workers came face to face in the program at Balgandharva Rangmandir. Meanwhile, a storm broke out between activists of both the parties. It is alleged that BJP women activists beat up NCP divisional president Vaishali Nagwade. He is currently being treated at Sassoon Hospital. Meanwhile, NCP MP Supriya Sule has condemned the attack on a woman NCP office bearer. State Deputy Chief Minister Ajit Pawar telephoned NCP’s Pune city president Prashant Jagtap and inquired about the matter.

Protest against the attack by Supriya Sule

“It is clear that Vaishali Nagwade, a NCP office-bearer, was beaten up by a male BJP office-bearer while peacefully protesting against inflation. It is not uncommon for a man to beat a woman under any circumstances. Strongly condemn this kind of cowardly attack. “

Divisional President of NCP Women’s Congress Mrs. Vaishalitai Nagwade was beaten up by some activists of Bharatiya Janata Party (BJP). Basically, the rites of Bharatiya Janata Party workers and the culture of the party have come to the fore on this occasion and we have full faith in the Maharashtra Police Administration. Prashant Jagtap demanded in a Facebook post that the police administration should immediately arrest the accused and take strict legal action.

Devendra Fadnavis, who is wielding party discipline, State President Chandrakant Patil Do you teach this lesson of beating women? Chitra Wagh, will you stand behind this lady sister now ?, asked Prashant Jagtap.